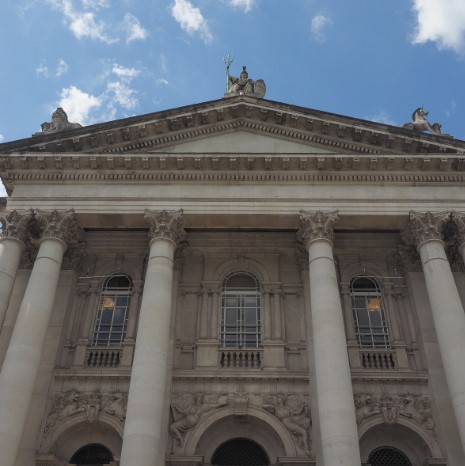 Along with Tate Modern, Tate Liverpool and Tate St Ives, the Tate Britain Museum is part of the Tate Gallery network of museums founded by Henry Tate. It is one of the most comprehensive museums in the British art world, both in terms of the number of works and their quality.

The museum is housed in the original Tate Gallery building before it was divided into three other sites. It is a stately Portland stone building that was begun in 1983. It is situated on the original site of the former Millbank Prison.

The gallery opened on 21 July 1897 as the National Gallery of British Art, but soon became popularly known as the Tate Gallery after its founder Henry Tate.

Since the transfer of much of the modern and contemporary art collection to the Tate Modern site in 2000, Tate Britain has held the world's most important collection of British art from the 1500s to the present day.

The museum is divided into three main sections. The first is historic British art with paintings and sculptures from the 1500s to the 1900s. The second is modern art from 1900 to 1960. The third part of the museum is completed by the exhibition of contemporary art with works dating from 1960 to the present day.

Among the works in the entire museum are works by renowned artists such as J.M.W Turner, Gainsborough, Constable, Millais, Burne-Jones, Whistler, Hogarth, Sargent, Sickert, Hepworth and Bacon.

There are frequent and interesting temporary exhibitions. Although admission to Tate Britain is free, a ticket is required to enter.