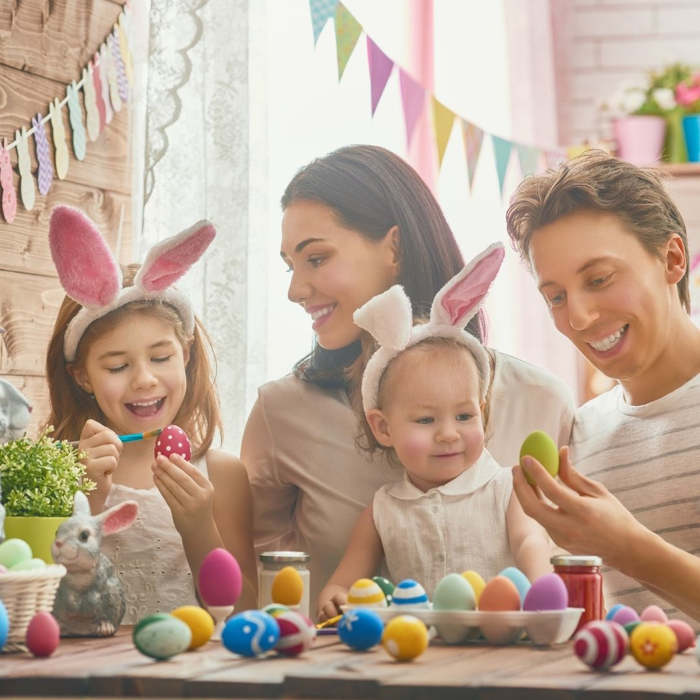 Easter: the Christian story of Easter

Constantine I convened the Council of Nicaea in 325 where it was decided that all Christians would celebrate Easter on the first Sunday after the full moon following the spring equinox. To avoid confusion with the Jewish festival, Easter was to be shifted by one week in years when the equinox corresponded to Pesach.

Alexandria wanted to keep the date of 14 Nissan as Easter, while Rome wanted Easter to fall on a Sunday, regardless of the Babylonian calendar. This also made it possible to clearly distinguish Christian Easter from Passover.

In practice, the shifts of the Julian calendar with the solar and lunar year did not allow the Christians to respect the terms of the council. The date of Easter varied according to the regions of the world. On several occasions, Rome tried to reform the method of calculating the date of Easter, but each time it met with resistance from certain churches, such as the Church of Ireland.

It was not until the reform of the Gregorian calendar that a new common rule was adopted around 1582.

The calculation of the date of Easter remains a complex one, since Easter falls on the first Sunday after the first full ecclesiastical moon in spring. In addition, Easter must fall between 22 March and 25 April.

The highlights of Easter for Christians

The Easter period is marked by several highlights for Christians which are Lent, Palm Sunday, Good Friday and Easter Sunday.

Preparations for Easter begin at the end of Shrove Tuesday with Ash Wednesday, which marks the beginning of Lent. On Ash Wednesday, Christians go to church for the distribution of Ashes. It is a day of self-examination and repentance. Ashes remind us that man is dust and will return to dust.

Lent was strictly observed until the beginning of the 20th century. For 40 days, equivalent to the 40 days spent by Jesus Christ in the desert, Christians follow a half fast during which certain rich and meaty foods are forbidden. The period of Lent is a time of purification and spiritual elevation in preparation for the resurrection of Jesus Christ.

Palm Sunday precedes Easter Sunday and celebrates the arrival of Jesus in Jerusalem. Jesus was celebrated on his arrival, with people spreading palm branches under his feet as a carpet.

On Palm Sunday, Christians have branches of palm, boxwood or yew blessed, which are supposed to protect them from evil throughout the year. These branches are often decorated with sugar or marzipan decorations. In English-speaking countries this is called Willow, Yew or Blossom Sunday.

Good Friday is a very important day in the Christian religion, but also a very sad one as it commemorates the crucifixion of Christ.

Good Friday is the Friday after Palm Sunday, the day Jesus Christ died on the cross. It is the saddest and darkest day in Christianity. Therefore, Christians all over the world follow the Way of the Cross of Jesus Christ. Each station is an opportunity to recall an important stage of his ordeal and to pray.

Easter Day celebrates the resurrection of Jesus Christ. It is the day when Jesus' disciples went to his tomb to find it empty. On their way back they met the risen Jesus and began to spread the good news.

Easter is a day of celebration and joy. All the prohibitions of Lent are lifted on this day. The Easter period is called the Paschal season. Traditionally, the Paschal lamb is eaten on Easter Day.

Where does the custom of Easter eggs come from?

From the simple coloured hard-boiled egg to the most prestigious Fabergé eggs, the Easter egg has remained a tradition throughout the world. In Italy, Easter eggs are still blessed and placed in the centre of the table. Russian and Ukrainian Easter eggs are real works of art, with very symbolic and geometric designs and colours, with Christian representations such as the cross and Christ himself.

In the West, in the countryside or in the gardens of the city house, a mysterious egg hunt is organised in the early hours of Easter morning. According to tradition, on their way back from Rome, the bells, which have been silent since Maundy Thursday evening, spread eggs, bells, casseroles and other delicacies. The custom of giving chocolate eggs or bunnies is of commercial origin. 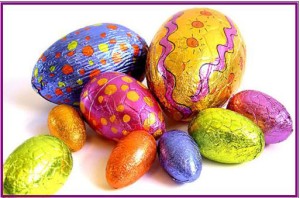 The German tradition is to hide them in an invisible white rabbit for children. In the United States and Alsace, it is a hare; in Thuringia, a stork; in Westphalia, a fox; in Switzerland, a cuckoo.

The custom of giving decorated, dyed or worked eggs existed long before the Christian era. As spring is the season of nature's blossoming, the egg, representing life and rebirth, was probably the first symbol used in rituals dating back to ancient times. In spring, the Egyptians and Persians used to dye eggs and offer them as a symbol of the renewal of life. In ancient Gaul, the druids dyed eggs red in honour of the sun.

For the Jews, the egg is the symbol of life but also of death. The liberation of the Hebrew people cost many lives, and happiness is never absolute for the Hebrews. At Passover, Jews dip an egg in salt water in memory of all the tears shed after the loss of their independence.

Many pagan festivals therefore celebrated the resurrection of nature symbolised by the egg, the bearer of a life-giving seed. But it was most probably the Church's ban on eating eggs during Lent until the 17th century that gave rise to the Easter egg tradition. As the hens could not be prevented from laying eggs, they were carefully kept until Easter, when the stock had to be sold!