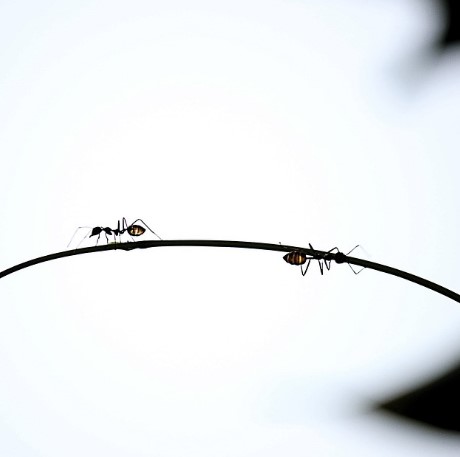 The ants were collecting food near a stream and, almost without time to react, the water level began to rise rapidly due to the thaw caused by the high temperatures that spring. While most of the insects abandoned what they were carrying and fled in a hurry, one ant carrying a straw six times its size continued its work.

Suddenly, the whole group was trapped in front of a large crevice that was impossible to jump over. But our little ant stopped and skilfully placed the straw, supported at the ends, over the chasm. In this way, all her friends were able to cross the chasm and saved their lives.

The ant was able to turn the heavy load into a bridge and was thus able to continue his journey. In the same way, many people show us every day that the problems and trials they face can become stepping stones to success in life.