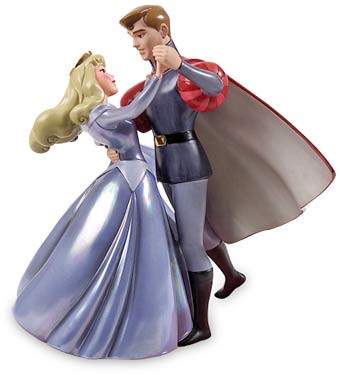 Along time ago there were a king and queen who said every day, "Ah, if only we had a child," but they never had one.

But it happened that once when the queen was bathing, a frog crept out of the water on to the land, and said to her, "Your wish shall be fulfilled, before a year has gone by, you shall have a daughter."

What the frog had said came true, and the queen had a little girl who was so pretty that the king could not contain himself for joy, and ordered a great feast. He invited not only his kindred, friends and acquaintances, but also the wise women, in order that they might be kind and well-disposed towards the child. There were thirteen of them in his kingdom, but, as he had only twelve golden plates for them to eat out of, one of them had to be left at home.