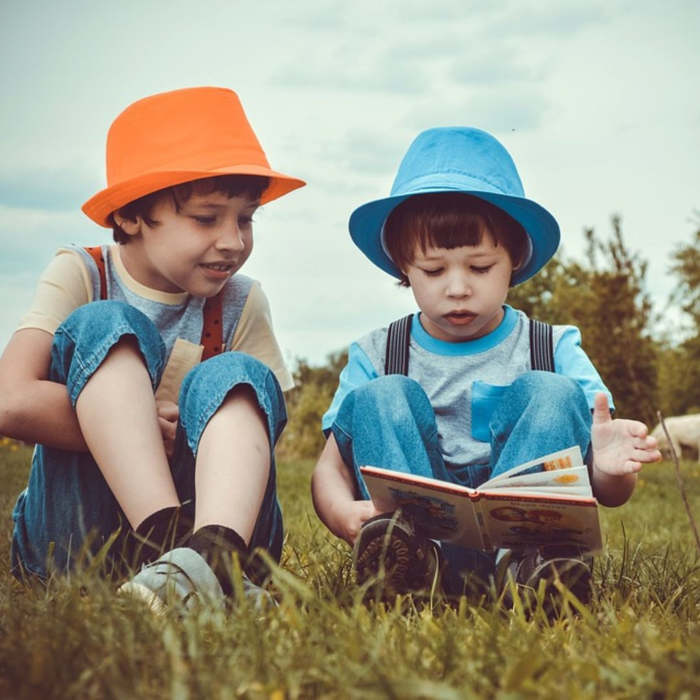 To work on human values and the value of friendship.

It was a spring morning, and a little girl was playing in her room. She played with a train, with a ball and with a puzzle, but soon she got bored with it all.

In the afternoon the little girl went down to the park to play with her friends, and the little paper man went with her.

The little paper man liked the children's games very much and the children were very happy with this strange friend they now had.

The little newsprint man was very happy and wanted the children to be happy, so he began to tell them the stories he knew, but all his stories were about wars, catastrophes, misery.... When he heard those stories all the children were very sad, some of them started to cry, then the little newsprint man thought, what I know is not good, because it makes the children cry, and he started to walk alone through the streets, he was very sad, because he didn't know how to make the children laugh. Suddenly he saw a laundry, the little paper man jumped for joy and with a determined step went in. Here they can erase all the things I have written, everything that makes the children cry, he thought.

When he came out nobody would have recognised him, he was as white as snow, ironed and starched, jumping happily he went to the park, the children surrounded him very happy and played a game of tag around him, the little paper man smiled with satisfaction, but when he wanted to speak, nothing came out of his mouth, not a word, he felt empty inside and out and very sad he went away again. He walked through all the streets of the city and out into the countryside. Then, suddenly, he felt happy. His paper heart jumped in his chest and the little man smiled thinking he had a bird in his pocket and he began to soak up all the colours he saw in the fields, the red, the yellow, the pink of the flowers, the warm green of the grass, the blue of the water and the sky, and the air. Then he was filled with new and beautiful words. And when he was full of colour and beautiful words, he returned to the children.

As they rested from their games and their laughter, the little man told them about all the people who work for others to make our lives better, fairer, freer and more beautiful. These words fell on the park and on the children's eyes like fresh rain.