The salt of life - Stories to Think About 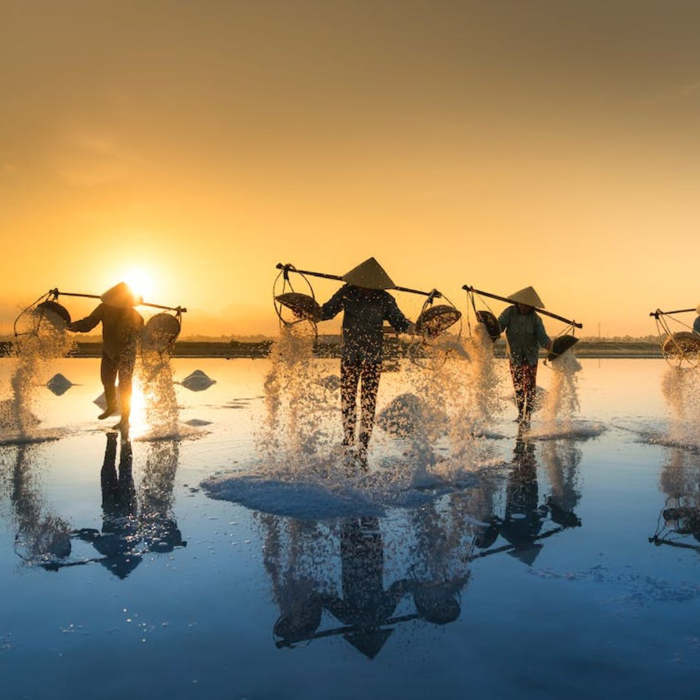 Short Stories and Tales for Reflection - The salt of life

The old Hindu master was tired of listening to his apprentice's constant complaints, so he thought he should teach him something to make him think again. One morning, he asked him to bring him some salt, and when he returned, the master told him to pour a handful into a glass and then drink it.

-How does the water taste now," asked the old man.

Holding back his laughter, the master instructed him to repeat the action, but instead of throwing the salt into a glass, he would throw it into a lake. They walked leisurely to a large lake in the middle of an orchard on the outskirts of their village and when the disciple complied with the order, the venerable master asked him to drink.

-What does it taste like to you now," he asked him. And the apprentice replied:

-This water is very fresh. It tastes nothing of salt, it is a delight to the palate.

Then the master took his disciple's hands and said to him:

-The pain of life is pure salt. There is always the same amount, but its taste depends on the vessel containing the sorrow. Therefore, when you are afflicted by the adversities of life, enlarge the meaning of things. Stop being a glass and become a lake.