In the Ribera of Oka - Children's tales of peace 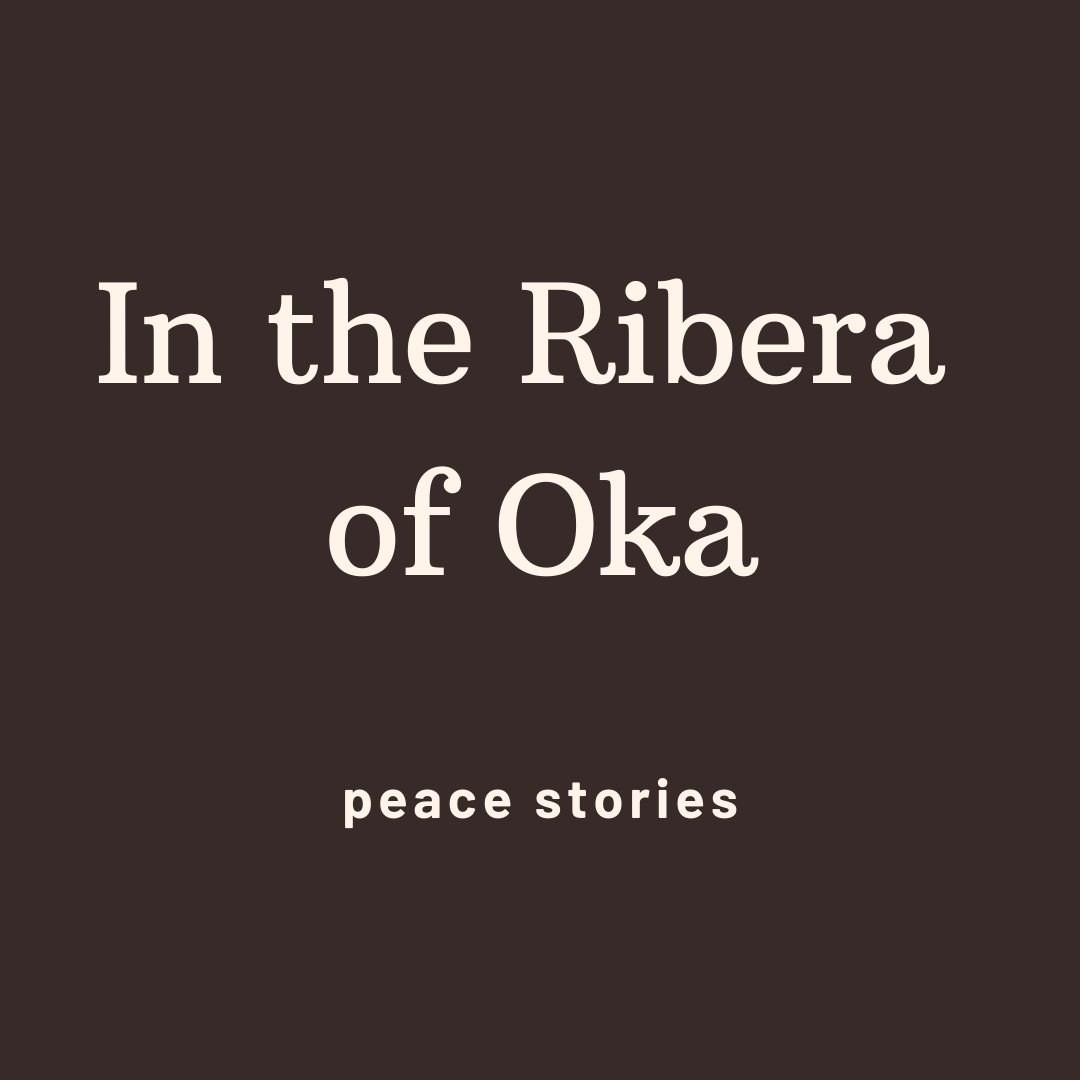 In The Ribera Of Oka - Stories for children peace day

On the banks of the Oka many peasants lived happily; the land was not fertile, but if tilled steadily, it produced enough to live on, and there was still enough to keep a little in reserve.

Ivan, one of the farmers, was once at the fair in Tula and bought a beautiful pair of hounds to guard his house. The little animals soon became known all over the fields of the Oka valley for their constant raids, in which they would wreak havoc on the crops; sheep and calves did not usually fare well.

Ivan's neighbour Nicolai bought another pair of dogs at the first fair in Tula to defend his house, fields and land.

But as each peasant increased the number of dogs to better defend himself, the dogs became more demanding. They were no longer content with the bones and other leftovers from the house, but had to be reserved for the best parts of the slaughter, and covered enclosures had to be built for them and more time had to be devoted to their care.

At first, the new keepers quarrelled with the old ones, but they soon became friends and the four of them went on the rounds together.

The other neighbours, when they saw the danger increase, also got hounds, and so, after a few years, each farmer owned a pack of ten or fifteen dogs. As soon as it got dark, at the slightest noise, the hounds would run furiously and make such a racket that it seemed as if an army of bandits were about to attack the house. The frightened masters locked their doors and said:

- My God, what would become of us without these brave hounds who self-sacrificingly defend our houses?

In the meantime, misery had settled in the village; the children, covered in rags, grew pale with cold and hunger, and the men, no matter how hard they worked from morning till night, could not find enough food for their families. One day, they complained about their fate to the oldest and wisest man in the place, and as they blamed it on heaven, the old man said to them:

- It is you who are to blame; you lament that your house lacks bread for your children, who languish thin and faded, and I see that you all keep dozens of fat and lustrous dogs.

- They are the defenders of our homes," exclaimed the husbandmen.

- Defenders? of whom do they defend you?

- Sir, if it were not for them, the strange dogs would wipe out our cattle and even ourselves.

- Blind, blind! -Do you not understand that the dogs defend each one of you from the dogs of others, and that if no one had dogs you would not need defenders who eat all the bread that should feed your children? Suppress the hounds, and peace and plenty will return to your homes.

And following the old man's advice, they got rid of their defenders, and a year later their granaries and larders were not enough to contain their provisions, and on the faces of their children smiled health and prosperity.