The history of the locksmith - Children's tales 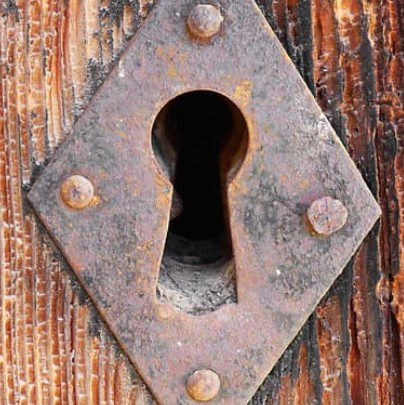 The history of the locksmith - Stories for children

Once upon a time there was a locksmith who was wrongly accused of crimes and condemned to live in a deep, dark prison. When he had been there for some time, his wife, who loved him dearly, came to the king and begged him to at least allow her to bring her husband a carpet so that he could perform his daily prostrations. The king considered this request just and gave the woman permission to bring him a prayer rug.

The prisoner thanked his wife for the carpet and faithfully performed his prostrations on it every day.

After a while, the man escaped from prison and when asked how he had managed it, he explained that after years of doing his prostrations and praying to get out of prison, he began to see what was right under his nose. One fine day he saw that his wife had woven into the carpet the pattern of the lock that held him prisoner. When he realised this and realised that he already had in his possession all the information he needed to escape, he began to make friends with his guards. And he convinced them that they would all live much better lives if they helped him and escaped from the prison together.

They agreed, for although they were guards, they understood that they were also prisoners. They also wanted to escape, but did not have the means to do so.

So the locksmith and his guards decided on the following plan: they would bring him pieces of metal and he would make useful things out of them to sell in the market. Together they would amass resources for the escape, and from the strongest piece of metal they could acquire, the locksmith would make a key.

One night, when all was ready, the locksmith and his guards opened the lock on the prison door and stepped out into the cool of the night, where his beloved wife was waiting for him.

He left the prayer rug in the prison, so that any other prisoner who was clever enough to interpret the pattern on the rug could also escape. Thus he was reunited with his wife, his former guards became his friends and they all lived in harmony. Love and expertise prevailed.