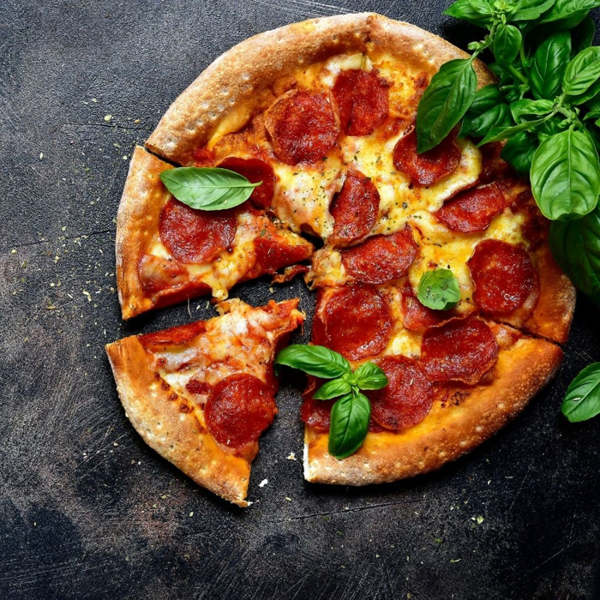 World Pizza Day is celebrated on 9 February. Pizza is one of the most widely consumed foods in the world and is loved by everyone, due to the diversity of ingredients with which it can be served.

In 2017 pizza has been declared Intangible Heritage of Humanity by UNESCO, due to its role in social life and the transmission of this culinary art between generations.

It was approved by the Intergovernmental Committee for the Safeguarding of the Heritage of the United Nations Educational, Scientific and Cultural Organisation, at a meeting held on Jeju Island (South Korea), backed by a worldwide petition of more than two million signatures.

The dish that symbolises Italian gastronomy is one of the most popular and widespread foods in the world: in Italy, about 8 million of them are cooked every day! Italians' favourite fillings are the classics and timeless ones such as Margherita, Napoletana, Marinara and Capricciosa; but maybe not everyone knows when and how the famous stuffed disc was born.

Let's find out together!

How was pizza born?

One of the oldest foods (the first traces date back to Neolithic times) is bread.

Over the centuries and in different regions of the Mediterranean, from Greece to Sardinia, there are several reworkings of bread: the ancient Greeks, for example, prepared a flattened bread, called πλακοῦς (plakous) while according to researchers, the Sardinians already knew 3,000 years ago the use of yeast. But the real and original combination of pasta and tomato, which created a lot of mistrust at first, dates back to the mid-18th century in the Kingdom of Naples.

It did not take long to go from the initial mistrust to the success of this new Neapolitan gastronomic creation: pizza conquered everyone, from the poorest classes to the court of the Bourbon rulers, to the royalty of the House of Savoy. It was in honour of Queen Margherita of Savoy that in 1889 the pizzaiolo Raffaele Esposito, from the Brandi pizzeria in Naples, created the timeless myth of the "Pizza Margherita"! A true tricolour gastronomic banner: the white of mozzarella, the red of tomato and the green of basil. Until the beginning of 1900, pizza and pizzerias remained a Neapolitan peculiarity and only then did they begin to spread gradually throughout Italy.

The Italians who emigrated did the rest, bringing pizza to the whole world.

Things you don't know about pizza:

Why does everyone love pizza?

The composition and the ingredients combined form a concentrate of substances that stimulate not only the taste but also many pleasure centres. We have to admit that the combination of carbohydrates, tomato, mozzarella and other ingredients is without a doubt. EXCEPTIONAL!

In sociology, it is called the Pizza Effect, a local phenomenon that is first successful abroad (and rather ignored in the country of origin) and only then returns to the forefront in its place of origin.

Pizza in the USA

According to US statistics, America's favourite pizza is the now famous Pizza Pepperoni. But don't be confused by the name, it's not actually seasoned with vegetables, but with spicy salami (the name Pepperoni was just that particular reddish sausage).
That's why in America the pizza is drawn with red dots (the salami slices).

Before Google, there was pizza

One of the inventors of Google, Sergey Brin, before he set out to create the world's most famous search engine, tried to set up the first home pizza service ordered by fax. Fortunately, it was a complete failure!

Who else could hold this Guinness record but the Italians? The country that invented pizza presented a pizza in 2015 that was almost 1,600 metres long and weighed about 5 tonnes. 5 ovens, 200 volunteers, 80 members of the Italian national Pizzaioli team, 40 people to move the ovens and 3 minutes for each metre of pizza.

Our mouths are watering! We really need a good pizza right now.

So we decided to give you the recipe to make a perfect pizza in your kitchen and celebrate World Pizza Day.

Happy pizza to everyone!

Ingredients for 3 / 4 blocks of dough for the pizza

Ingredients for the classic margherita topping