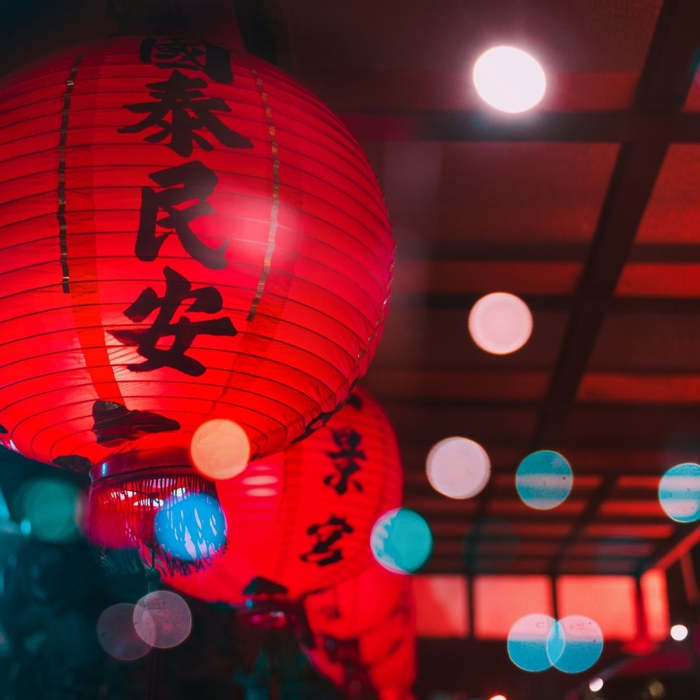 Chinese New Year. The event, also known as the Lunar New Year, heralds the beginning of the Year of the Water Rabbit.

Chinese New Year 2023 will occur on unday 22 February 2023. Often referred to as the "Lunar New Year", this celebration is actually honoured in several Asian countries, and for several days. It is also known as Spring Festival or Tet Festival in Vietnam. This new lunar cycle, comes after the winter solstice.

The year 2023 will be the Year of the Water Rabbit.

Each new lunar year has its own Chinese horoscope. Gone is the Metal Buffalo, we move on to a new animal, the Water Tiger. The Water Tiger, the third animal of the Chinese zodiac, is "courageous, impulsive and supportive". This animal associates easily with the Horse and the Dog, but very badly with the Monkey. The Tiger's equivalent European astrological sign is Aquarius.

Which animal is associated with you?

In the Chinese calendar, each year is associated with one of the twelve signs of the zodiac, represented by animals, which return in a cyclical manner every 12 years: rat, buffalo, tiger, rabbit, dragon, snake, horse, goat, monkey, rooster, dog, pig. The new year is also linked to one of the five cosmogonic elements: Wood, Fire, Earth, Metal, Water.

Lunar New Year: a year shorter than the solar year

Chinese New Year or Lunar New Year? As the Chinese New Year festivities get into full swing, the question may be asked. While drumming and dragon parades are part of the folklore, the evolution of the name of the event is still unknown to the general public. However, this change in wording is not insignificant... The first explanation is the choice of date for the event, which changes every year.

The globalisation and the mixing of cultures that these celebrations have brought about can also help to understand this evolution. The Chinese New Year is no longer celebrated only in China, but also in many Asian countries where the Middle Kingdom has a major influence.

So why the change of date? The Chinese calendar is called lunisolar, which means that the months are not set according to the annual cycle of the Sun, as in the Gregorian calendar, but according to the regular cycle of the phases of the Moon. As a result, the date of the Chinese, or lunar, New Year varies from one year to the next on our calendar. In order to prevent the seasons from drifting, the lunar calendar must be regularly readjusted to the solar calendar...

To better understand this, it is important to know that the 12 lunar months have a duration of about 354 days, which gives us months of 29.5 days, i.e. 11 days less than in the solar calendar. Every three years, a 13th lunar month is added in order to make the lunar calendar correspond to the solar calendar, and thus avoid this famous unwanted drift of the seasons. The years do not all have the same number of days, but the Chinese New Year always occurs between January 21 and February 20 in the Gregorian calendar. And according to the lunar cycle, the event arrives precisely on the second new moon since the winter solstice. As with all the beginnings of the Chinese months, the Lunar New Year is the first day of a new moon.

In which countries is Chinese New Year celebrated?

Contrary to its name, Chinese New Year is not only celebrated in China on the Asian continent. It is celebrated in several Asian countries: in Vietnam, Malaysia, Singapore, Thailand, the Philippines, Indonesia, Singapore, Hong Kong and Brunei. A tradition that dates back more than 4,000 years, Chinese New Year is celebrated for a fortnight until the day before the Lantern Festival on 26 February.