What is Emotional Intelligence at work? 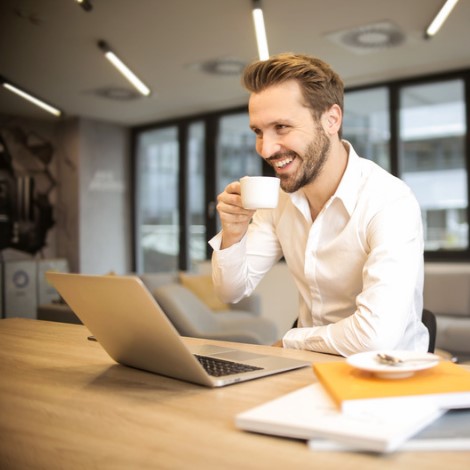 Emotional intelligence - understanding our own and others' emotions and recognising their importance - is the key resource for effective leadership that respects the needs of others.

The good leader excels at the fundamental task of motivating and eliciting positive emotions in those he or she leads, so that they can unleash their best selves.

Intelligence as it is generically understood actually refers to what scientists call "cognitive intelligence". Emotional intelligence, on the other hand, is a concept that has only recently emerged, and Salovey and Mayer were the first to define it.

Scientists currently even consider that it is correlated with an individual's social performance and in particular with the professional success of adults.

What is the use of emotions at work?

Emotions as a valuable tool for human relations

More and more companies today are asking their employees to develop their social and behavioural skills. The aim? To improve their working conditions and those of others. Thus, developing social skills is, by definition, managing everyone's emotions at work. It has therefore become an important consideration for human resources departments.

The Latin root of the word "emotion" is emovere, literally meaning "to set in motion", to put "out of". Emotion characterises an intense, unusual and short-term emotional state. In short, it is a fleeting/permanent expression of a strong feeling.

Emotions are therefore to be distinguished from an individual's temperament, mood or personality. Emotions have the sense that they intervene to respond to the solicitations of the environment of the man and help him to adapt to it.

They also allow him to collect information on his environment and push him to react to it by taking action: fight, flee or suffer.

They are thus a decision-making tool and influence our behaviour in a given situation.

What does emotional intelligence mean in practice in everyday life?

Some theories give a predominant role to emotions in work and especially in decision making. The "risk-as-feelings" theory states that in situations of risk or uncertainty, emotion is an anticipated factor in decision-making. Or the affect heuristic (editor's note: heuristic = strategy) considers that there is a mental shortcut that allows us to make decisions or solve problems quickly and efficiently in situations of intense emotion (fear, pleasure, surprise, etc.). It is easy to see their strategic impact.

Within a company, people with a high potential for emotional intelligence show common behaviours:

A manager will thus have a strong interest in developing these skills in order to get his or her team on board.

Emotional intelligence in the world of work

It is easy to guess that the field of application of Emotional intelligence in the field of management is very broad.

It was a man called Goleman who first theorised the association between emotion and work. He carried out a study on 200 companies with the aim of understanding the impact of emotional intelligence on work performance. In this study, he asserted that 60% of a company's performance is due to the emotional skills of its employees.

He thus produced the Goleman model (in 1995) which he adapted to the workplace in 1998. This work is the beginning of a new era (2000s) where we are starting to consider the idea that emotional intelligence should have a positive impact on leadership, change management, professional adaptation and team management.

The fields of application of emotional intelligence in human management

It is now recognised that the emotional intelligence of managers can influence the performance of teams. This marks the end of a period (too long?) that advocated management by stress. The idea here was that managed periods of stress would create productive short-term 'boosts' but with disastrous medium- and long-term effects.

This is the most concrete application of emotional intelligence in business. To motivate the troops and commit them to a project, to mobilise them around an objective. It is an ability that is generally cultivated over time.

Leadership and charisma are recognised as the main levers for engaging a team around a project. Emotional intelligence at work is a major tool.

It is just as important to develop emotional intelligence as it is to use organisational levers to improve team performance (the famous classic managerial levers).