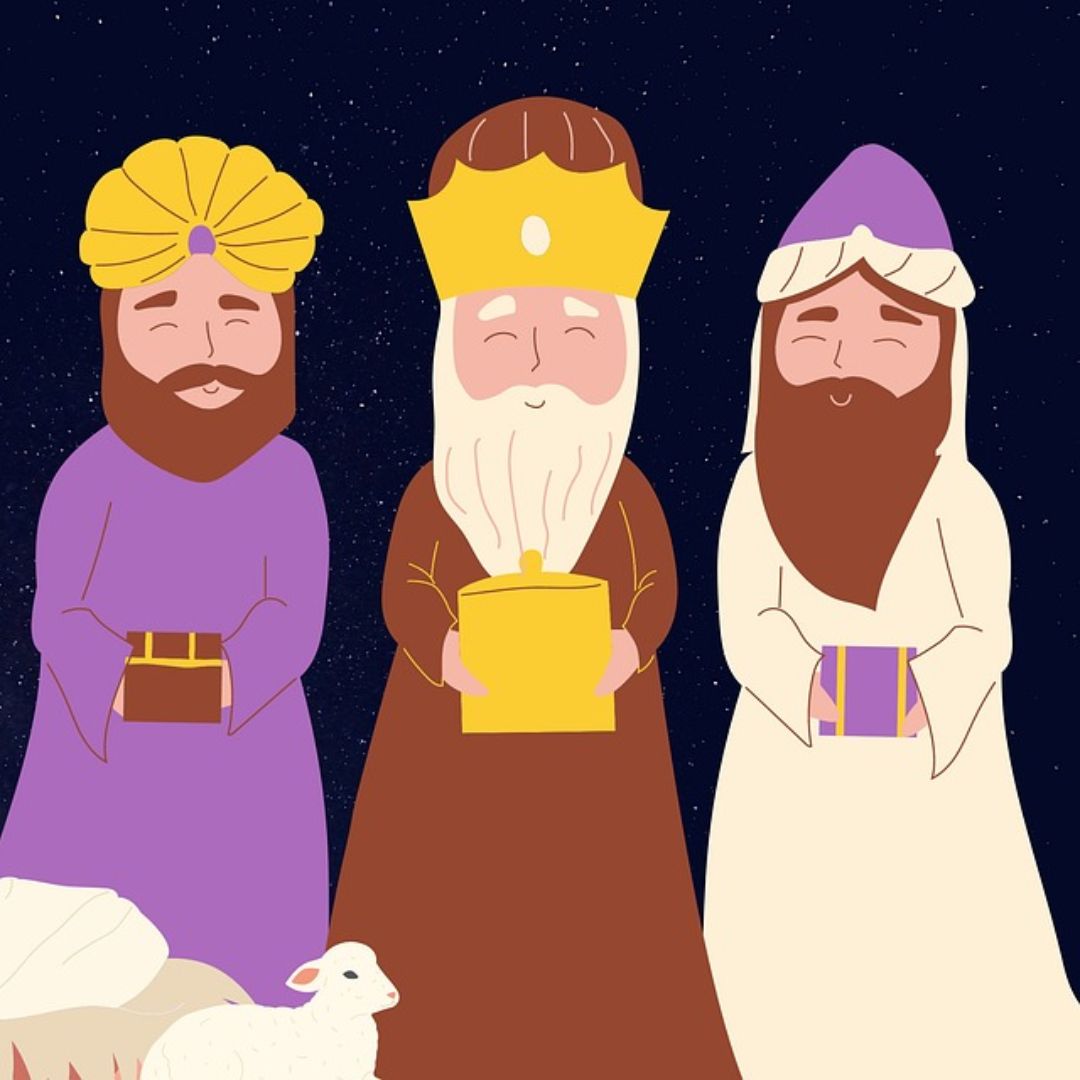 Every year on 6 January, millions of children around the world look forward to Three Kings Day, because in Spanish-speaking countries such as Spain, Venezuela, Mexico, among others, this day is also synonymous with gifts for all.

On January 6th, the Three Kings Day is celebrated in several countries around the world, to commemorate the adoration of the Child Jesus by the three wise men, who came from the East to honour and bring gifts to the newborn.

It is an unmistakable symbol of the recognition of the pagan world, which acknowledges Jesus Christ as King and the only saviour of mankind.

According to the Catholic religion, this day coincides with Epiphany. It is one of the oldest liturgical celebrations that means revelation or apparition, in reference to the child Jesus showing himself to the pagan world, represented by the Magi.

It marks the end of the Christmas season in many countries around the world, especially in Spanish-speaking countries.

Who were the Magi?

The word "magus" comes from Persama-gu-u-sha, meaning priest, referring to a caste of Persian or Babylonian priests who studied the stars, in their desire to seek God.

Melchior, Gaspar and Balthasar were the three Magi who came from distant lands to deliver rich gifts of gold, frankincense and myrrh to honour the king of kings, Jesus of Nazareth.

They were thought to be monarchs from nations from the East to the Mediterranean, being powerful, wise and noble men, for the Gospels of the Bible do not give details of these Magi who came to worship Jesus.

According to ancient physical representations of the Magi they were shown in Persian costumes, holding the offerings with their hands covered by their cloaks.

From the 9th century onwards they were depicted as kings, with crowns adorning their heads.

They were previously considered to be of Arab or Persian origin. Later they symbolised the three continents known until then: Asia, Europe and Africa. From the 15th century onwards they came to represent the whole of humanity.

From the 19th century onwards, the tradition of giving presents to children on the night of the Three Kings (the night before Epiphany) began in Spain. In 1866, the first Three Wise Men parade was held in Alcoy, and this tradition spread to the rest of the country, being adopted in other countries of Hispanic culture.

On the night of 5 January, the Three Wise Men parade takes place in every town and village.

The children clean their shoes and place them in an appropriate place in their homes in order to receive their gifts. They leave a glass or bowl with water, milk and nougat to welcome the kings while they sleep.

It is a festive day throughout the country. Families gather to eat and enjoy a great dessert: the Roscón de Reyes, filled with candied fruit and nuts.

It is a bread or bun made with a sweet dough. It is circular in shape and hollow in the centre, decorated with slices of crystallised or candied fruit in different colours, as well as dried fruit and nuts. Its preparation varies according to the customs and traditions of each country, but the meaning is the same: to celebrate the Epiphany or the meeting of the Magi with the Child Jesus.

There is no accurate information about its origin, but it is estimated that this tradition began in the 4th century in the Roman Empire.

Subsequently, the tradition of finding the bean inside a cake began to be celebrated on 6 January, in commemoration of the Epiphany. This tradition spread throughout Europe, replacing the bean with a porcelain doll and more recently with a small plastic figure. According to tradition, in several countries, the person who finds the doll in his or her portion of the rosca, must invite this special dessert to the next year's celebration.

The elements that make up the roscón de reyes have a powerful meaning: the circular shape symbolises the crown of the Magi, as well as God's unconditional love that has no beginning and no end.

The fruits represent the jewels of the crowns. The sugar dots are the cardinal points, the doll hidden inside is the baby Jesus, hidden by the persecution of King Herod.