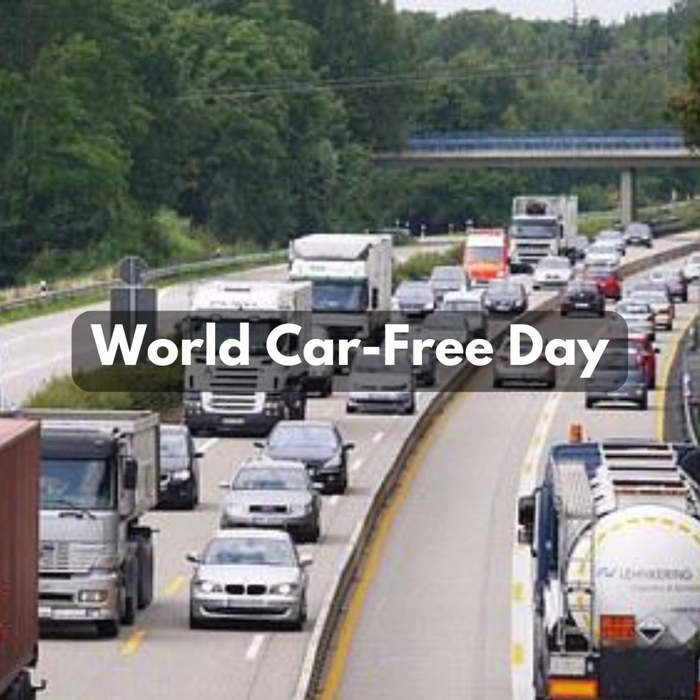 22 September is World Car Free Day, an event that aims to promote ecological awareness among the world's citizens, contributing to the care of people's health and the environment.

Car use makes our lives easier by allowing us to travel comfortably from one place to another, but the increase in the number of vehicles circulating in large cities significantly increases their carbon footprint, causing irreparable damage to the ozone layer.

The origin of this world day dates back to 1973, when several European countries saw their oil and therefore fuel reserves limited because the Arab countries allied in the Organisation of Petroleum Exporting Countries (OPEC) suspended the sale of oil to the countries that supported Israel during the Yom Kippur war.

Thus, some alternatives to reduce the use of vehicles began to emerge, such as the rationing of petrol, as well as the promotion of the use of more efficient means of transport.

In October 1994, a number of cities around the world began to implement Car Free Day. The pioneers were Reykjavik (Iceland), La Rochelle (France) and Bath (UK).

Great Britain became the first country to adopt this initiative on a national level in 1997. As early as 2000, the European Commission declared 22 September as World Car Free Day, extending the activities associated with the celebration for a whole week, known as European Mobility Week.

Why is it advisable not to use the car?

The reason for proclaiming a World Car Free Day was mainly focused on raising awareness of the real use that should be made of this means of transport.

Generally, people tend to travel comfortably in their cars even for short distances, increasing traffic, chaos and air pollution.

Road traffic contributes to the emission of highly harmful gases and particles generated by the internal combustion engines of vehicles, such as carbon monoxide (CO), carbon dioxide (CO2) and nitrous oxides (NOx).

On the other hand, the continuous use of vehicles implies a fixed cost that affects household income: petrol, parking, preventive and corrective maintenance, insurance payments and taxes.

Cars not only generate more environmental and noise pollution. They also contribute to an increase in traffic accidents and loss of life.

They also encourage people to be sedentary by not walking to get around, causing consequences in the body, such as morbid obesity.

The initiative to create this World Walking Day allows us to reconnect with our bodies and the environment. It also promotes the various transport and mobility alternatives, such as the underground train system (metro), the use of bicycles, skateboards, rollerblades and, why not, simply walking.