International Whale Day 🐳 How is this world day celebrated? 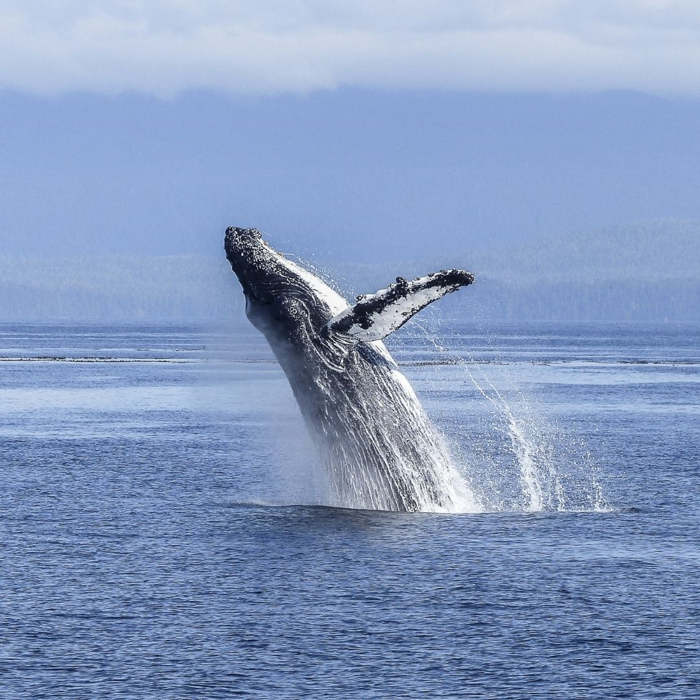 Every third Saturday in February, a giant of the oceans is honoured. World Whale Day is celebrated to raise awareness of the ecological value of these species to the planet.

Why is World Whale Day celebrated?

This day was created in 1980 in Maui, Hawaii, thanks to the initiative of Greg Kauffman, founder of the Pacific Whale Foundation. The aim was to raise awareness about the threat of extinction faced by humpback whales.

The whale: a central place in the ecosystem

When whales are predators, they eat fish and invertebrates. When they are prey, they are hunted by sharks and killer whales. In their carcass state they serve as food for detritus feeders.

They are like a pump that circulates fish and zooplankton, essential nutrients for the primary production of the ecosystem of the seas and oceans. They guarantee the health of marine environments in all parts of the world. Their decline or increase would upset this balance.

But, unfortunately, they are also hunted by humans. With varying degrees of permission.

The different causes of the decline of whales

Several factors have unfortunately contributed to the disappearance of the whale for several years.

Although whaling has been banned since 1982, it is still going strong, especially in Japan. This country uses scientific studies as a cover, whereas whales are actually hunted for their meat and processed into cosmetics.

But the Icelanders and Norwegians are not left behind, and some northern countries have only this hunt as a means of survival. For them, it is carried out in accordance with the quotas of the International Commission. The largest whaling fleet was also the Soviet Union (which disappeared a few years ago).

There are also collisions

Ships are getting bigger and more numerous, and the number of whales hit by shipping traffic is increasing by 3 to 4% per year.

Krill, the whales' favourite resource, is a victim of industrial fishing and global warming. The areas where they are concentrated are decreasing from year to year.

With 8 million plastic objects in the oceans, whales, like turtles and other fish, die of poisoning or suffocation.

We don't necessarily think about it, but man has increased the noise of the seas and oceans tenfold in 20 years. Seismic surveys, sonar and underwater work are responsible for a terrible acoustic fog. This impairs their orientation and thus their search for food and reproduction.

Pollutants unfortunately accumulate in the blubber of cetaceans. This destroys their defences and their resistance to disease, not to mention their fertility.

At present, whales are in danger of extinction, due to the following factors:

All these factors have mankind in common. On this International Day, and throughout the year if possible, we must therefore reflect on how to change human behaviour in the face of the concerns we create for the whale's environment.

Being an informed consumer by knowing the origin of what we eat, not wasting water, reducing pollutants at all levels, even at home, reducing waste, especially plastic, are everyday gestures that can help the marine ecosystem.

How is this world day celebrated?

The annual Maui Whale Festival, organised by the Pacific Whale Foundation, is held in Hawaii. It is a free event that includes parades with floats, children's events and costumed characters. Hawaiian and international stars take part, with music and lots of fun.

You can do your bit for the health of the oceans by not littering and by supporting whale foundations and organisations by volunteering, spreading the word about whales or supporting fundraising.