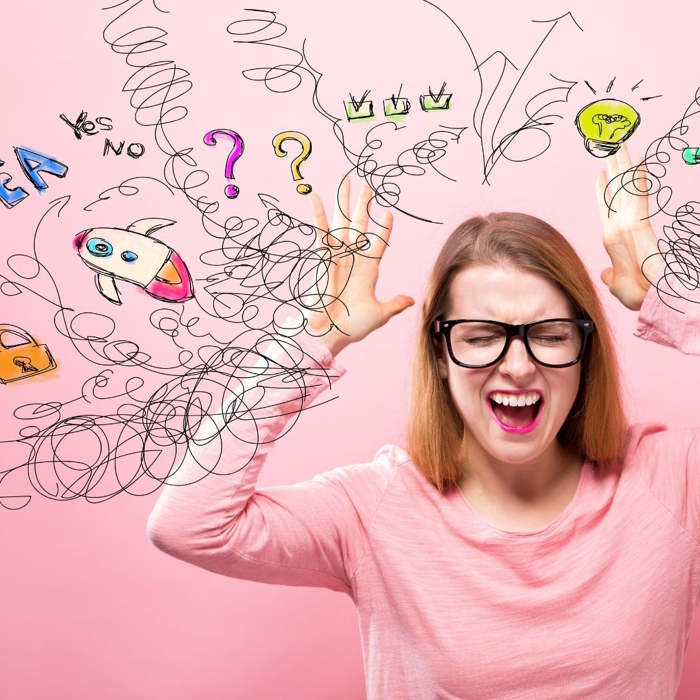 Health consequences, remedies and harms: a collection of preconceived ideas about stress.

Myth 1: Stress is bad for your health

Stress is a perfectly normal reaction, a survival mechanism that pushes our body to mobilise when faced with danger. The body reacts by secreting specific hormones, such as adrenaline or cortisol, which push the body into action. The problem is what is known as chronic stress, which leads to its share of symptoms over the long term: migraines, eczema, fatigue, digestive problems, palpitations, hyperventilation, etc.

Myth 2: the consequences of stress are essentially psychological

Many people find that their productivity increases as the deadline for a task or project approaches. But is it really stress that motivates? In reality, it is being challenged and setting goals that motivates us, not stress.

In our society, stress is often associated with better productivity. A person who is stressed at work is often seen as engaged, while a phlegmatic person gives the opposite impression. However, no positive relationship between stress and success: "If you are successful and stressed, you are successful in spite of your stress, not because of it.

Myth 5: Too much stress will give you an ulcer

In reality, the majority of ulcers are not caused by stress, but by a bacterium in the stomach, helicobacter pylori, which causes inflammation in the abdominal area and intestines.

Myth 6: Chocolate is an anti-stress agent

Cocoa is rich in flavonoids and magnesium, compounds known for their anti-stress effects. It also contains tryptophan, a precursor of serotonin, also known as the "happiness hormone". Consuming cocoa or dark chocolate could therefore have a de-stressing and anti-depressant effect.

Myth 7: Sport is the best remedy for stress

By triggering the secretion of endorphins and serotonin, sport acts as a real anti-stress agent. But be careful not to do it too late at night, as it can lead to hyperactivity and sleep disorders.

Myth 8: Drinking a glass of alcohol helps you to de-stress

Having one or more drinks to relax after a stressful day is a bad idea. According to a study published in 2008 in the Journal of Clinical Endocrinology and Metabolism, alcohol actually promotes the production of cortisol, the stress hormone.

Myth 9: The symptoms of stress are the same for everyone

A tight throat, a lump in the stomach, a racing heart, tiredness... Although we can recognise a range of possible elements, each organism reacts to stress in a very particular way.

Myth 10: Stress can cause cancer

It has never been proven that a psychological shock from a stressful life event can cause cancer. Although many scientific studies have explored this hypothesis, they have not concluded that stress plays a direct role in the development of cancer.