Emotional dependence and lack of self-confidence 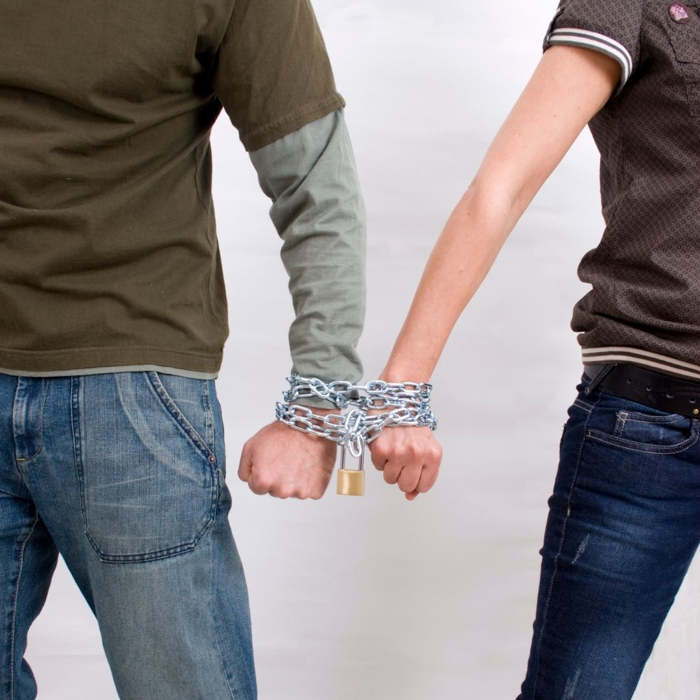 What is emotional dependence?

Emotional dependence is the fact of no longer living for oneself but for the other. By completely withdrawing from their partner, the emotional addict gradually sinks into passivity. People who suffer from this type of addiction often have little self-confidence and constantly seek their partner's approval in all their endeavours. They are panic-stricken at the thought of being abandoned and experience the relationship as a daily struggle.

Where does emotional dependency come from?

Most emotional dependents find the origin of their problem in their childhood. They are usually children who received little attention and affection and/or were given too much responsibility at an early age ("leave mum alone, you can see she's tired", "don't make any noise, your brother is sleeping", etc.). These people have therefore got into the habit of putting others before themselves and do not dare to place themselves at the centre of their own attention.

They think that they will only be loved if they are discreet and live mainly through the eyes of others. Finally, emotional addicts often express a real fear of disagreement, they find it difficult to refuse a service and avoid conflict as much as possible. However, their behaviour is often at the origin of it since, against their will, they are in permanent demand of affection and recognition. In the end, emotional addicts do not know what they need and are unable to express their desires or anxieties.

Is it possible to get out of emotional dependency?

Fortunately, it is quite possible to get out of emotional dependency. It should be noted, however, that most of those who suffer from it are unaware of their condition. It is often during a consultation with a psychologist that they understand their emotional handicap.

Emotional addicts generally complain about the poor quality of their social relationships, they have difficulty making friends, get along badly with their colleagues and have difficulty managing their romantic relationships. These profiles can indeed be annoying, as they seem to give of themselves with ulterior motives: they expect something in return. They think (more or less unconsciously) that they can only be appreciated if they meet the expectations of others and sometimes do "too much".

How can emotional dependency be overcome?

Emotional dependency can be overcome through personal development work and possibly psychotherapy. The main problem of the emotional addict is his or her lack of self-confidence: he or she wrongly thinks that he or she cannot be loved for what he or she is and that he or she must live through the other. The addict must succeed in integrating the fact that one must first love oneself in order to succeed in living a healthy love relationship. The fear of being alone must be overcome by a few simple exercises such as going to the cinema alone, going to a restaurant, etc. By overcoming self-imposed limits, the person suffering from emotional dependence will be able to understand that there are a number of things he or she can do without the approval of others. Sport, artistic expression or meditation are all activities that can help him/her to get to know him/herself better and thus gain confidence.

Emotional dependence is not irreversible, but to overcome it, it is absolutely necessary to recognise and accept it. An affective addict who refuses to qualify as such will not be able to live serenely, despite the good will of those close to him.