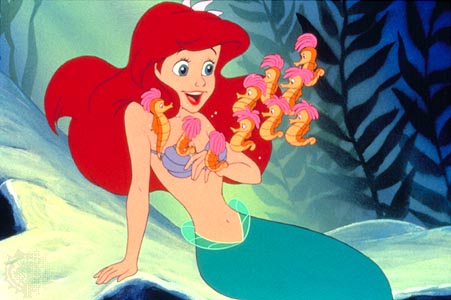 Once upon a time . . . in a splendid palace on the bed of the bluest ocean, lived the Sea King, a wise old triton with a long flowing white beard. He lived in a magnificent palace, built of gaily coloured coral and seashells, together with his five daughters, very beautiful mermaids.

Sirenetta, the youngest and loveliest of them all, also had a beautiful voice, and when she sang, the fishes flocked from all over the sea to listen to her. The shells gaped wide, showing their pearls and even the jellyfish stopped to listen. The young mermaid often sang, and each time, she would gaze upwards, seeking the faint sunlight that scarcely managed to filter down into the depths.