International Day Against Violence and Bullying at School 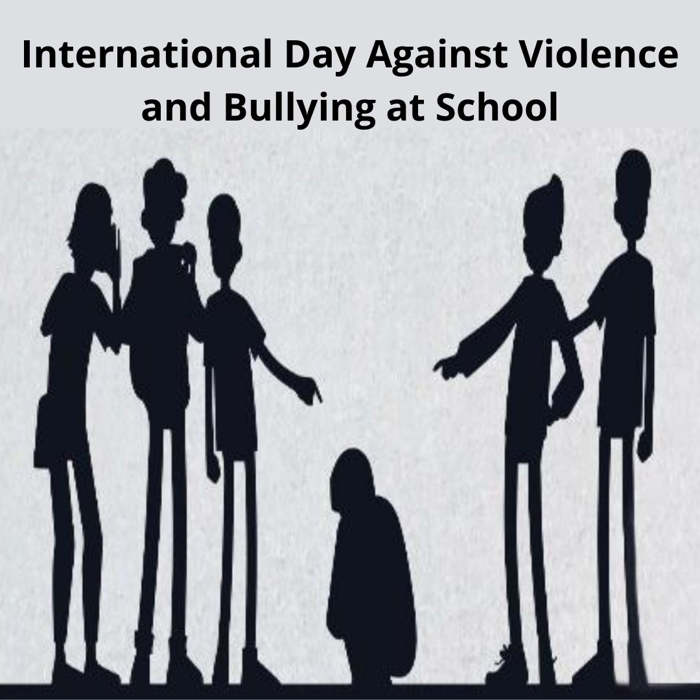 The International Day against Violence and Bullying, including cyberbullying, is celebrated every year on the first Thursday of November. The aim is to put an end once and for all to a type of violence that affects children worldwide and has terrible psychological consequences.

What is meant by bullying?

Bullying is a permanent harassment by one or more people towards a student, usually involving verbal and physical aggression and without any apparent cause for such events.

Unfortunately, school bullying has been on the rise in recent years, and many children and young people are victims of these situations, which, if not detected in time, can have very unfortunate consequences that can even put their lives at risk.

Bullying and cyberbullying, two sides of the same coin

Although it may seem like two different terms, bullying and cyberbullying are closely related. What really differentiates them is that the former is done directly in schools and learning centres, while cyberbullying occurs through a computer, mobile phone and other technological means.

It is already an undeniable and overwhelming reality that thousands of children and adolescents suffer daily from psychological and physical abuse by their own peers, but that they also suffer from other forms of abuse, such as Internet and websites, which can cause irreparable damage to the child, as well as to the entire family and social nucleus.

Some strategies to help children and young people against bullying

Although it is difficult to fight against an evil that afflicts the world's population such as bullying and cyberbullying, today more than ever, it is imperative to provide our children and young people with tools for life, which allow them to defend themselves against situations that parents, family members and teachers can no longer handle.

In this sense, once a child starts school, it is the task of parents and educators to strengthen his or her personality, and this requires education in values such as self-esteem, willpower, sincerity, empathy and friendship.

In general, children and young people who suffer violence in their homes model these same behaviours once they begin to socialise. There are also external agents such as television, internet or cinema, which transmit negative messages and contribute to reinforcing inappropriate behaviours, which end up undermining the minds of the most vulnerable, in this case, the child population.

The fight against violence and bullying is everyone's task

If, as a society, we seek to put an end once and for all to violence, bullying and cyberbullying, then it is time to take action, as it is alarming that every day thousands of children and young people around the world have to go through this sad experience, which undoubtedly affects their lives emotionally, physically and mentally.

According to the report drafted by UNESCO, one in three students is a victim of bullying by their peers in the centres where education is provided, without leaving aside the alarming figures of cyberbullying, with truly devastating consequences.

In this sense, it is necessary to join efforts of all sectors involved, including governments, international organisations, professionals in the educational field, parents' society and the community in general to guarantee a quality education that dignifies the human being, that is inclusive and where people's rights are respected.

How to celebrate this important date?

Undoubtedly, this date is an excellent opportunity to delve into a problem that concerns us all. It is essential to delve deeper into the real causes that lead children and young people to become violent and insensitive towards their fellow human beings.

If we dream of a better world, we are obliged to educate men and women who value, respect and love life. In the long run, this will ensure that tomorrow we will have a healthy, peaceful and truly humane society.

You too can be part of this important event by telling us your experience, sharing some valuable information or simply giving your opinion on this interesting topic through the different social networks.