Curiosities about Christmas that most people don't know 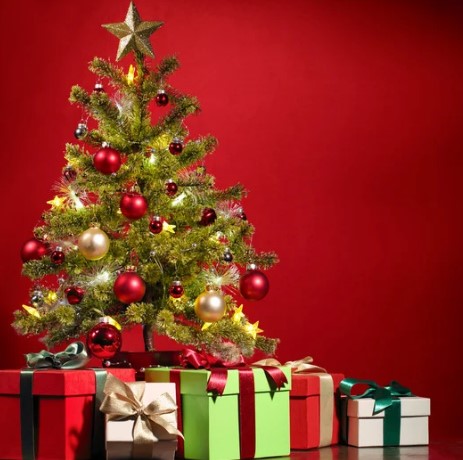 Christmas is a universal celebration in which the whole world stops to celebrate the most magical night of the year. Although it is the same holiday, traditions change from culture to culture, giving Christmas different nuances in different countries. In this article, we have collected 15 curiosities about the holiday from around the world that will introduce you to different cultures and customs that you probably didn't know about.

In Sweden, Father Christmas is slightly different from the rest of the world. His name is Tomte, he is as small as an elf and he walks around with his goat Yule.

In Norway, as is the tradition, on 24 December all the brooms and tools used to clean the house are hidden. This is because it is said that at night evil witches come and steal all the brooms from the houses.

In the Czech Republic, there is a Christmas tradition that single women, with the door behind them, throw a shoe backwards. If it falls with the tip facing the door, it means that the woman will find love within the year.

The Statue of Liberty is perhaps the greatest Christmas present in history! It was given by the French to the United States on 25 December as a sign of friendship between the two peoples.

In Germany and Austria, there is the evil equivalent of St Nicholas. It is a demon called Krampus who has the task of punishing bad children; in some cities, during popular parades, some people wear the mask of these demons.

In the United States, in the state of Washington, there is a Christmas town called Leavensworth. With less than 2,000 inhabitants, this place is a perfect reproduction of a Bavarian village that transforms into a huge Christmas market during the Christmas season.

The Euphorbia Pulcherrima, or more commonly known as the Christmas star, is a plant native to Mexico that can grow up to 4 metres. In ancient times, the Aztecs used it to obtain red pigments.

In Ukraine, spider webs are used for decoration because they are believed to bring good luck.

The longest Christmas lunch is probably eaten in Poland, where the tradition is to have 12 courses, one for each apostle.

In Serbia, presents are unwrapped two weeks before Christmas Eve. Children during this period "kidnap and bind" mothers and demand a ransom which is usually repaid in gifts.

In Spain, the nativity scene is an important tradition; in Catalonia, the figure of the "caganer", i.e. a shepherd who does his business, is one of the figurines. He is considered a good luck charm in Spanish culture.

In South Africa, the traditional holiday dish is fried insects.

In Brazil, it is believed that "Papi Noel" comes from Greenland, and for this reason, when he arrives in Brazil, he wears only silk clothes because of the high temperature.

In Japan, Christmas is very different from the way we know it. It is much more like Valentine's Day where everyone exchanges gifts and the tradition is to eat fried chicken preferably from the KFC fast food chain.

In the United States, Christmas decorations are loved by everyone, so real competitions are held.

These Christmas-themed curiosities are sure to amaze at lunch with the family!