How is Christmas celebrated around the world? 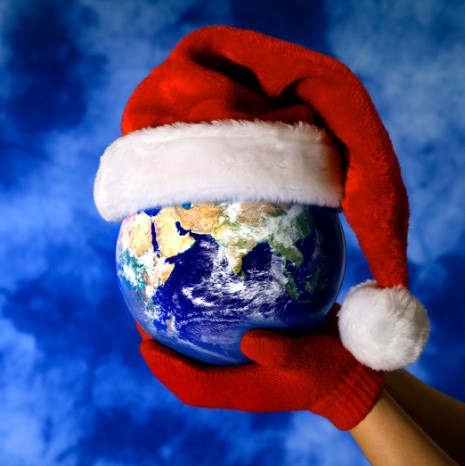 The celebration of Christmas may be almost universal, but the traditions are not necessarily identical from one country to another. What it has in common is that it brings families together, awakens generosity and gives pleasure. That's why children love it. Find out how families around the world celebrate Christmas.

Christmas celebrations and traditions around the world

Christmas Eve in Britain is one of the most important evenings of the year. The old traditions are very much respected: the decorated tree, the carefully laid table for the family meal, the socks hung on the chimney in anticipation of Santa Claus' visit, the presents to be opened on Christmas morning. What happiness for the little ones!

The festival is marked by culinary creations which, like the Plum Pudding, sometimes take more than 3 months to prepare. This is a kind of cake made with candied cherries, oranges, grapes and beef fat. The festivities are accompanied by lots of sweets.

Unlike England, where Christmas is a wintry affair, the heat of the year in Australia is very hot. Although swimming and surfing on the beach keep holidaymakers busy, the streets are decorated with Christmas trees and houses are lit up. Australians are not short of food at the dinner table, but this time they're focusing on salads, barbecue and seasonal fruit. In the morning, a hilarious sight awaits holidaymakers as surfers dressed as Father Christmases take to the waves.

In addition to the big family meal, Christmas in Spain is marked by the celebration of midnight mass. All members of a family go together to commemorate the birth of Jesus. Before 24 December (also known as Noche Buena), each family places great importance on decorating the tree and building the crib which reproduces the scene of the Lord's birth. The festivities continue until 6 January, the day of the Three Kings, with the distribution of gifts to children.

"Frohe Weihnachten" and sweets - that's the mood in Germany at Christmas. The trees are decorated with families and presents are placed on them, and music is omnipresent. Cakes, sweets and desserts, some of which are prepared months in advance, are a priority in this celebration.

The Greeks celebrate Christmas on 1 January, the day of St Basil in the Orthodox world. In fact, their Father Christmas himself is named Agios Vassilis, of the same name. At Christmas, all children are entitled to gifts. Traditionally, on 31 December, the family sits down and shares dry cakes in which gold coins have been hidden. These coins are supposed to bring good luck to those who have received them. Here, instead of the tree, there are reproductions of boats and sailing ships decorated with lights.

Christmas in the USA

The family reunion continues after the Thanksgiving holiday. Christmas is celebrated with music and lights. It's also a time for gift-giving, and not just for children. The family spends the evening watching a funny film, singing, commenting on the presents or laughing around the tree. Eggnog, the warm egg and milk drink with a hint of spice, warms the heart during the winter. Spending Christmas in the United States is also about strolling through the brightly decorated shopping malls and enjoying the spectacle of illuminated houses while getting together with your neighbours.

"Bara din Mubarak ho" is the expression that is heard around the festival of the Nativity. Even the Hindus celebrate Christmas at the same time as the Christians. On Christmas Eve, churches are packed for mass, but Christmas Day is spent with family and friends in a time of joyful chatter and exchange of gifts. In India, Father Christmas is not waited for by the chimney, but is placed in sand sculptures or on the front of shops.

In Japan (and also in China), Christmas is a holiday similar to Valentine's Day. It is an opportunity for couples to treat each other with gifts. Christian religious traditions have no place among this predominantly Buddhist population, but this does not detract from the festive nature of the season.