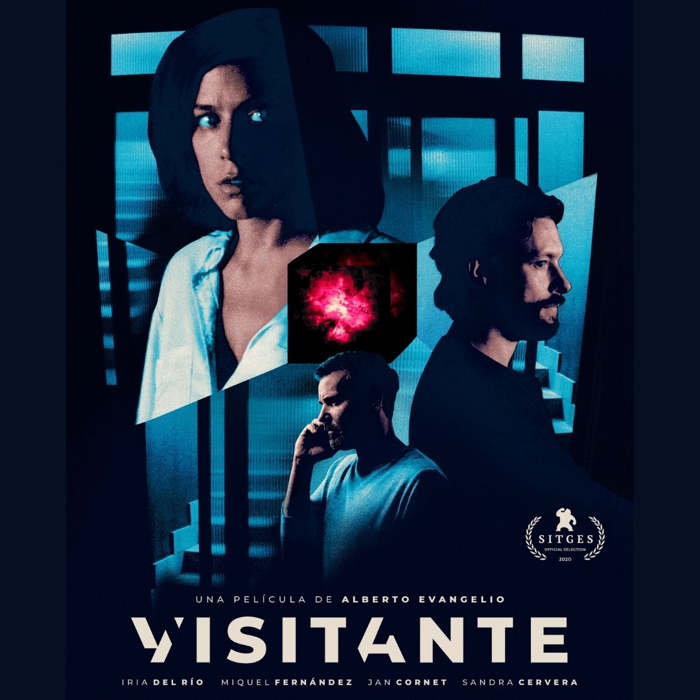 Marga, in the midst of a crisis with her husband, decides to spend a few days in an old house in her village. There, she begins to perceive strange phenomena that terrify her: an invisible entity seems to know a lot about her, for example, that she has started a relationship with an old university classmate. Marga becomes pregnant by her lover and on the day she is going to have an abortion in secret, the entity does not let her leave the house.

On the verge of madness, Marga discovers a portal that takes her to another reality. There, her other self tries to warn her that something terrible is about to happen in her life if she doesn't make a decision...

- Visitor' tells the story of a normal girl in an extraordinary situation, in the interesting universe of alternative realities. It deals with themes such as motherhood and guilt, and questions the decisions we make in life. In the words of director Alberto Evangelio: "What begins as an intimate story soon becomes a fantastic thriller. Fear takes on various faces throughout the story, and the tension and pace grow until the final climax, where the film takes a definitive turn".