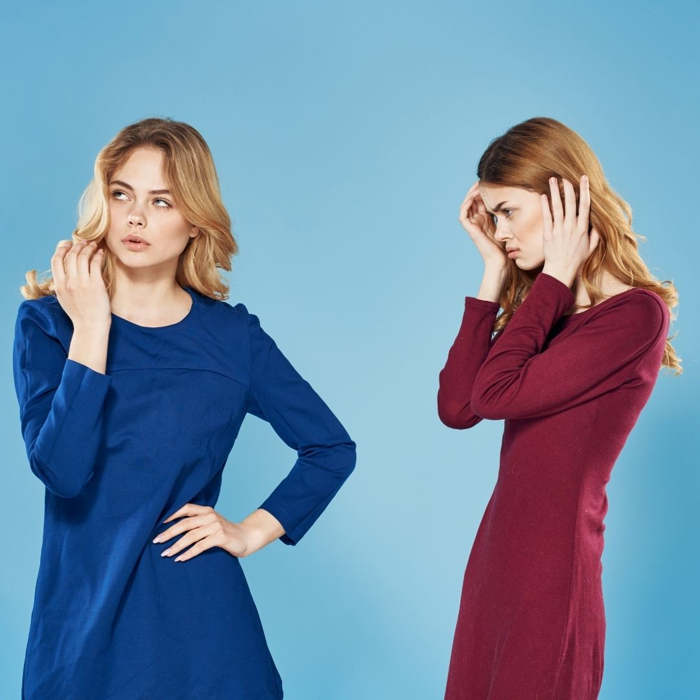 What is non-verbal communication?

Although little known, non-verbal phenomena are very important in human communication and are used in several fields such as oratory and dramatic arts, the sign language of certain communities (deaf people, monks)...

There are several disciplines interested in non-verbal communication, including biology, neuroscience, sociology and psychology.

Several classifications of non-verbal signs have been developed in the literature. Marino Bonaiuto's classification from 2007 arranges them on a scale from top to bottom, from the most obvious to the least obvious signs.

Certain gestures are made to accompany the statement.

Thus, when a person present in the discussion is mentioned, he or she is almost always pointed to (by digital pointing, nodding or at least looking), when "my heart was beating very fast" is said, the hand is placed on the heart or a heartbeat is mimed, and the "my" in "if you want my opinion" will almost always be accompanied by a self-centred gesture.

All these signs can form a system complex enough to build languages with a repertoire and syntax, such as the language of the deaf.

In dialogue, certain gestures do not serve to sustain the dialogue but to coordinate it, to ensure that the statements are received, understood and interpreted. In order to mutualise the exchange, there is a device for interaction, sharing and maintenance of speech, consisting of various gestures such as head nods, gaze shifts, throat clears, preparatory breaths, hand gestures, changes of posture.

When we speak, we need to make sure that we are heard, listened to, understood and know what the other person thinks of what we say. To do this, we must catch the receiver's gaze, and look for retroactive cues in the form of voco-verbal and kinesic emissions (mimics of doubt or perplexity, nods, head movements, smiles, etc.). When these non-verbal cues are not enough, the sender can use verbal communication to clarify the interaction: "do you understand what I mean?

There are also gestures that belong to "affective communication", which itself has two aspects: emotional and emotive.

Emotional communication corresponds to the spontaneous manifestations of the interlocutors' inner states, such as trembling, paleness, sweating, crying, laughing, surprise, annoyance, etc.
Emotional communication is the result of "affective work", according to Hochschild, which "allows for the controlled staging of real or even potential or not really experienced affects". We can make the other person believe that we are sad through our attitudes when in reality we are not affected.

There are certain non-verbal elements that create a contextual climate and are part of verbal communication. Some of these elements remain permanent during the encounter, such as clothing, age, gender, beauty. Others reflect an accommodation of the situation, such as the techniques for making contact and opening up the interaction with various modes of verbal address, gestural exchanges, mimics and tactile gestures: kisses, handshakes, hugs, depending on the category of partners and the reciprocal status. The gaze can also express the intimacy of the relationship, as well as the hold, dominance and reciprocity.
For example, the smaller the interpersonal distance, the less eye contact and the less direct the body orientation.

To study non-verbal communication, carefully observe people communicating. Observe how they behave towards each other, both to communicate and to 'keep their distance'. Observe rituals, strategies for occupying space, postures, choice of seats, non-verbal language without paying attention to what is being said.