What is fate? What does fate in life mean? 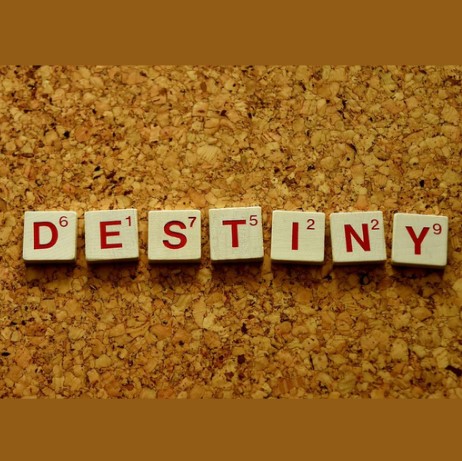 Fate is a sequence of events that form the fabric of a human life or a community. These events seem to be predefined, ordered by a higher or immanent power in the universe.

To act or to suffer in the face of fate? In this article, find out everything you need to know about fate and how to interpret it.

From the Latin "destinare", which means "to fix", fate is a sequence of events that form the framework of a human life or a community and that seems predefined, ordered by a higher power or immanent to the universe.

This sequence of events is opposed to chance and free will, while it comes close to the term fatality: it is indeed difficult, if not impossible, to escape one's fate.

In the Dictionary of Philosophical Concepts, Michel Blay refers to it as a "force of what happens and which seems to be imposed on us without any of our actions being able to change anything".

The origin of fate

The philosophical belief in fate originates from an attachment to explaining nature solely by means of matter and by establishing a causal link between things.

"If everything happens by virtue of antecedent causes, then all events are closely connected, naturally interwoven with one another, and if this is so, then everything is subject to necessity', argues Cicero.

Nevertheless, it is difficult to believe that man waited until antiquity to believe in fate.

This notion certainly arose before any philosophical reflection and even before any organised religion. It was a plausible answer to questions about unexplainable phenomena and had the merit of being simple: a single force, the expression of a higher will or inherent necessity, explained chaos.

Most cultures seem to have always rejected the idea of chance and free will.

Even today, with the decline of traditional religions, people still attach great importance to fate and determinism.

To act or to suffer in the face of fate?

The etymology of the word "destiny" tells us that it refers to fixation, determination, resolution or a decided project. Does this mean that life is only submission for those who believe in destiny?

Some authors, claiming to be stoics, believe that man has no impact on the course of events, however small.

Any hope of escaping his fate would therefore be vain. In other words: man's freedom does not exist and his responsibility is nil. Everything is dictated to him.

This does not necessarily translate into unhappiness while waiting for death: the Stoics claim that happiness is attainable for all those who voluntarily submit to their destiny by accepting the fate that awaits them.

On the contrary, other authors think that fate is only a global framework within which man has a certain freedom.

Fate does not control every moment of life. However, it does control the most important aspects of life, such as death and the major encounters in life.

Whatever happens, fate always wins. This does not prevent some people from wanting to escape fate and choose their own destiny.

"For the ancients, the notion of fate, of fatum, does not lead to fatalistic submission or ascetic renunciation. On the contrary, it stimulates the desire for action.

Fatum is above all perceived as a challenge to man, a challenge which man knows very well in advance that he will never be able to meet entirely, but which he must nevertheless take up, because it is by taking it up that he gives meaning to his existence. It is because there is a destiny that the response that man can try to make to it is, in the true sense, heroic.

It is because there is a destiny that we must try to make our mark on it. By acquiring the intuition of his destiny, man is not less free; on the contrary, he recovers his fundamental freedom, which is first and foremost the privilege of consenting while acting.

"Fatum is an exhilarating idea when you understand that you yourself are part of it - There is only one path in the world that no one can follow but yourself. Voluntarily follow this path that others follow blindly. Nietzsche.