What is charisma? Can it be developed? 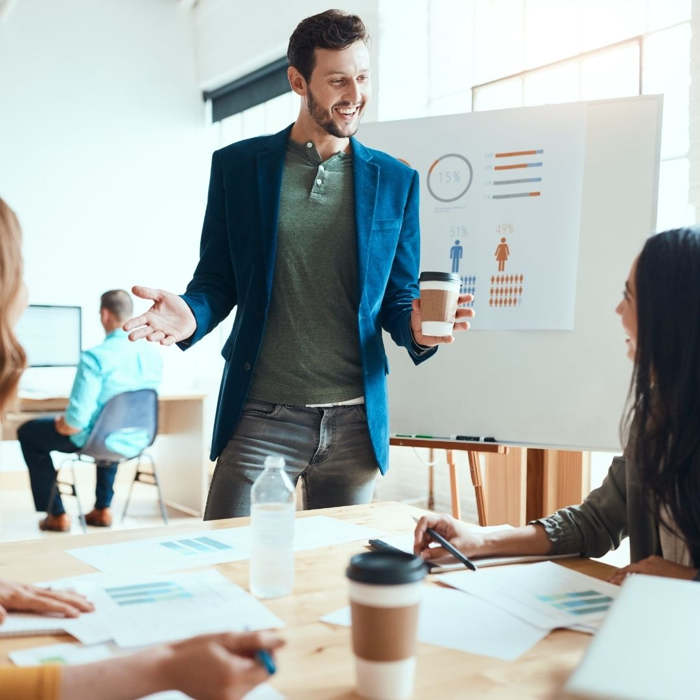 The word "charisma" comes from the Greek word qàric, which combines the concepts of quality, grace, beauty and charm; qualities that are often the result of gifts given to men by the gods.

Charisma is defined as the set of qualities necessary for a leader, expressed through perceptible behaviour. These modes of expression fall into two categories: charisma of the mind and charisma of the body.

It has long been thought that charisma is an innate quality of the individual. Plato considered the leader as an individual superior to others, distinguished by virtues, intellectual characteristics and social skills that he possesses from birth. Socrates concurred, stating that only a small number of individuals possess the vision, physical and mental gifts required of a leader to stand above the citizens. He even gave a short list of characteristics considered essential for a leader:

The most recent studies show that charisma can be taught, even if certain biological factors cannot be changed. Charisma teaching techniques significantly improve the level of charisma of individuals but require a huge investment. It is therefore pointless to believe that it is possible to obtain miraculous effects in a few days...

The qualities of a charismatic man

Charisma of the mind. The value of the words written or spoken, the literary style, the tastes, the way of life, the philosophy, translating his vision, his ingenuity, are all points likely to make an individual charismatic.

Charisma of the body. The internal qualities of charisma are conveyed here by non-verbal behaviour that can influence any listener, whether or not they know the speaker's language.

The biological characteristics of charisma

There are certain biological traits that allow us to distinguish ourselves from others and that are often common to many species, notably the use of different voice frequencies to communicate messages, personality traits, emotions such as anger (to frighten people), size, stature, vocalisations, facial expressions, posture...

These charisma-related characteristics evolve and are highly dependent on the human cultures in which they are embedded. This means that each culture will have a different model of charisma: in some cultures, the placid individual is more charismatic than an angry one, in others, the latter may be seen as potentially authoritarian and insensitive, which could lead to fear and respect.

List of adjectives used to describe lack of charisma