Anthropophobia: all about the fear of people 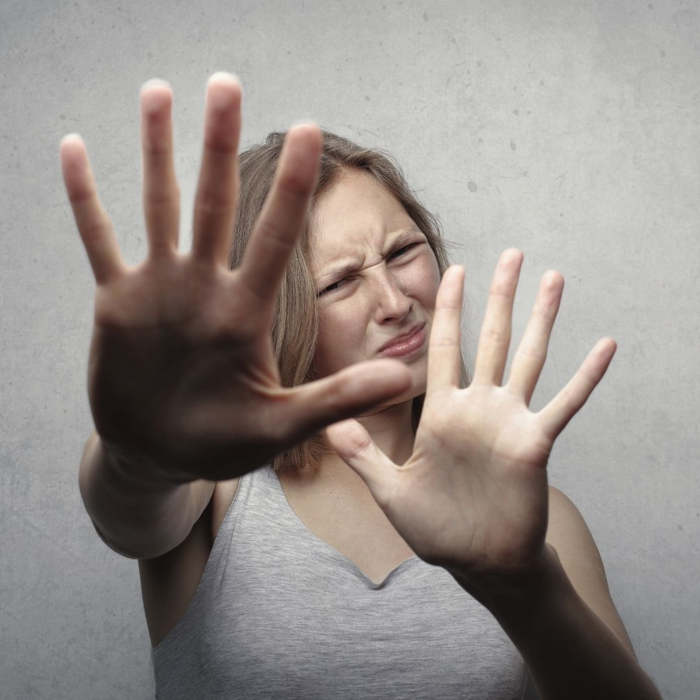 Considered a pathological form of shyness, the word anthropophobia comes from the Greek "anthropo" meaning man, and "phobia" meaning fear.

How to recognize an anthropophobe?

Anthropophobia is therefore an obsessive fear of others, felt in a totally irrational way (like all phobias). Individuals with anthropophobia feel a great deal of anxiety and psychological anguish when someone approaches them or when their personal and intimate space is violated. These people therefore isolate themselves much more than normal people.

When a person tries to make contact with an anthropophobe, the latter feels great physical discomfort, which may involve certain compulsions to keep the disturbing person away.

Anthropophobia is a pathological form of shyness, particularly affecting adolescents, but it is often transient. It is characterised by :

This phobia can quickly become insurmountable for adolescents who withdraw into themselves in the face of this unexplained fear. For them, this phobia can evolve into a school phobia and thus an inability to follow their courses at school and to relate to other students.

What are the causes of anthropophobia?

Anthropophobia can be explained by trauma from a past event or by genetic factors. Trauma often occurs in childhood or through subsequent humiliation in a group.

Emotional disorders in the past, stressful situations in a group, etc., can be the cause of this fear of people, but these causes are often well hidden and buried, leaving only the iceberg of the obsessive fear of others visible.

What are the consequences for everyday life?

What an anthropophobe shows to those around him or her is first of all an exacerbated shyness of an autistic form. The individual prefers the relative pain of isolation to the unbearable pain of facing the group and other people. Withdrawal into oneself is then inevitable. Moreover, the anthropophobe is caught in a vicious circle: the more he isolates himself, the more he is stigmatised by others, who characterise him as asocial, the more he feels rejected by the group and is pushed into isolation.

As for the physical symptoms, they are numerous and still lead him to hide them and isolate himself:

What are the treatments for anthropophobia?

The same methods can be used as for many phobias:

Neuro-linguistic programming (NLP) is concerned with the way humans function in a given environment, according to their behavioural patterns. Using certain methods and tools, NLP will help the individual to change their perception of the world around them. This will change their initial behaviours and conditioning, operating in the structure of their worldview. In the case of a phobia, this method is particularly suitable.

As for EMDR, meaning desensitisation and reprocessing through eye movements, it uses sensory stimulation through eye movements, but also through auditory or tactile stimuli. This method allows the stimulation of a complex neuropsychological mechanism present in each of us. This stimulation allows us to reprocess moments experienced as traumatic and not digested by our brain, which can be at the origin of very disabling symptoms, such as phobias.

These two words are often associated or confused. But they mean two very different things. Misanthropy is a moral and philosophical position, with a hatred of humanity, in a totally rational and conscious way. Physical symptoms are almost absent, except for the isolation that may result.

There is no phobia in misanthropy, unlike anthropophobia, in which the fear of others is irrational, experienced as an unexplained anxiety.