The Pope in Iraq: what is at stake in this historic visit? 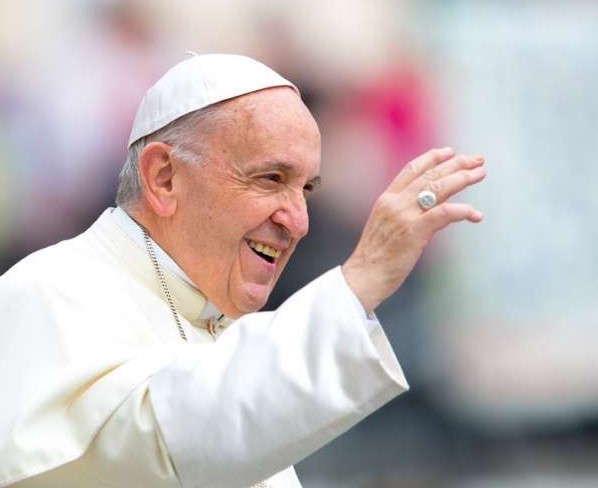 Pope Francis begins this Friday a historic four-day trip to Iraq. A visit during which the pontiff will encourage inter-religious dialogue, give his support to a country severely marked by Daech and reach out to the Shiites.

Pope Francis is arriving this Friday, March 5, for a historic trip to Iraq. A visit that the sovereign pontiff, who has been talking about it for more than 6 years, really cared about. In 2014, as soon as Daech invades the north of Iraq, the Pope makes known that he wants to go and support the Christians forced to flee the plain of Nineveh and to go into exile further east in Erbil among the Iraqi Kurds.

For security reasons, this is not possible, we have to wait. At the fall of Daech, everything is a ruin. The Pope gave 200,000 euros to help rebuild by selling a luxury car that had been offered to him.

Today, he can finally come to comfort those who have suffered so much, bringing them, he says, "the affectionate caress of the whole Church" and encouraging them to hold on to this ancestral land. The Christians of Iraq constitute one of the oldest communities in the world, founded as early as the first century.

Francis was the first pope to celebrate Mass in the Eastern rite in Chaldean, a language close to Aramaic that Jesus spoke. However, it is not just a question of addressing the tiny Christian minority. The Pope comes to speak to all Iraqis. "You are all brothers" is the motto of his trip.

Francis chose a very symbolic place for a prayer with representatives of other religions, the city of Ur, south of Baghdad. Ur in Chaldea where Abraham was born according to tradition. Abraham: the patriarch, the common ancestor, recognised by Jews, Christians and Muslims. It is said that his descendants are as numerous as the stars in the sky.

In Ur, we find ourselves in the cradle of the three monotheistic religions. And Saturday around the Pope will be gathered all the religious representatives of Iraq: Muslims, Shiites, Sunnis, Christian communities, and other religious minorities such as the Sabians or the Yezidis. The whole Iraqi mosaic.

It is a meeting to encourage inter-religious dialogue, a dialogue of reconciliation, to then work together to rebuild the country. But they will start by praying together. There will be testimonies, songs, readings from the Bible and the Koran.

"I come as a pilgrim of peace and hope," says Francis. This was also what John Paul II wanted in 2000: to come to Iraq in Ur, to plead for peace, but Saddam Hussein was opposed to it.

An outstretched hand to the Shiites

François will meet face to face with the spiritual leader of the Iraqi Shiite Muslims, Ayatollah Al Sistani. In the Muslim world, the Sunnis are more numerous than the Shiites, but in Iraq, it is the opposite.

Ayatollah Al Sistani is the most important figure in Iraqi Shiism, presented as a moderate, he has spoken out in favour of the peaceful coexistence of religions. He received little, but welcomed Francis to his home in Najdaf, the sacred city of Shiite Islam (this is where the tomb of Ali is located, which the Shiites consider to be the successor of the Prophet Mohammed). The meeting should be brief, but it is the first contact between these two high religious authorities. "Courtesy visit", wrote the Vatican on the official programme.

Pope Francis reaches out his hand to the Shiites after reaching out to the Sunnis. He has already signed a joint declaration on human brotherhood with the great Sunni Imam of al Azhar in Egypt. But it took several meetings, in Rome, Cairo, Abu Dhabi?

It will probably take some time with the Shiites as well. Francis is a tenacious man, he has been talking about his trip to Iraq for 6 years.