The Perseverance rover takes its first steps on Mars 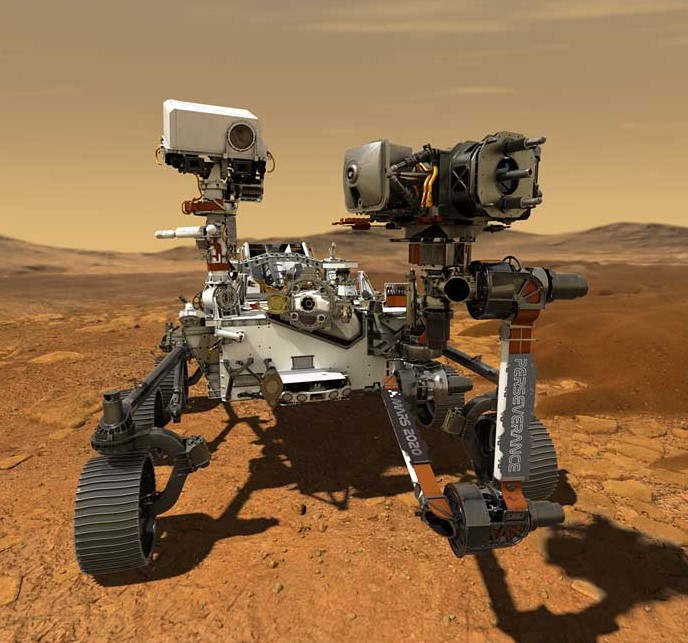 Perseverance only drove for a few metres, a manoeuvre designed to check that the vehicle was in good working order.

I think I've never been so happy to see wheel tracks": it was with these words that Anais Zarifian, the NASA engineer in charge of the Perseverance rover's mobility, proudly announced that the vehicle had successfully completed its first trip to Mars on Friday 5 March.

During this first journey, which was carried out on Thursday afternoon to check that the system was working properly, the six-wheeled vehicle moved forward 4 metres, then rotated to the left, before making a backward manoeuvre of about 2.5 metres. By backing up, Perseverance was able to take a photo of its own wheel tracks on Martian soil, published by NASA. In total, the rover, which is the size of a large SUV, covered six and a half metres in 33 minutes.

Another slightly longer trip was planned for this Friday, and perhaps Saturday as well, if all goes well. The vehicle will be able to cover 200 metres per Martian day (very slightly longer days than on Earth). It moves five times faster than Curiosity, the other NASA rover still operating on Mars.

Perseverance landed on 18 February in the Jezero crater, which scientists believe was home to a deep lake 3.5 billion years ago. The aim of the mission is to collect rock samples there, which will be brought back to Earth by a later mission, in order to look for traces of ancient life on the Red Planet.

Prior to this, the Ingenuity helicopter, which is to become the first motorised craft to fly to another planet, is to be released from under the rover, where it remains for the time being. The NASA teams are currently looking for the best place to make this historic flight, "before the end of spring", promised Friday Robert Hogg, deputy head of the mission. The rover has already sent more than 7,000 images, captured by its numerous cameras, to Earth.