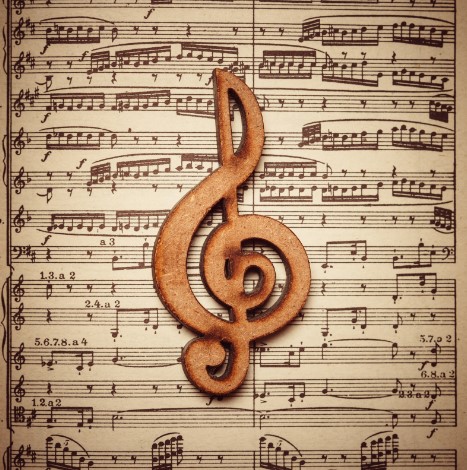 A major international event that has been repeated every year for more than a quarter of a century will take place again this year in many countries around the world. Mark your calendars: on 21 June, La Fête de la Musique, one of the most important cultural celebrations ever held. Where is this event? Everywhere. In fact, wherever you want it to be. This was the philosophy behind the very first edition, when, from the French Ministry of Culture, Maurice Fleuret, music writer, journalist and critic, as well as one of the initiators of this festival, opened the ball by saying: "Music everywhere, the concert nowhere".

In an organic way, in squares, public places, schools, museums, in the streets and even in airports, Music will be the protagonist of a strong message of universal accessibility, of an invitation to travel, of communion and communication between every people and culture. All of this is highlighted by the fundamental significance of the date, the Summer Solstice, literally the longest day of the year, whose intrinsic importance is often overlooked, rooted in history since ancient civilisations. So here we take you on a journey through a history rich in meaning and ideas.

The origins of the Fête de la Musique

The real spark for this event came in 1976. It was the American Joel Cohen, at the time a producer for Radio France Musique, who conceived the idea with his "Saturnales de la Musique". Cohen proposed a nocturnal opening of the radio programme on 21 June and 21 December, the days of the summer and winter solstices respectively, by inviting all musicians, professionals and amateurs, to take to the streets and play spontaneously. The project was carried out in Toulouse and Paris on 21 June 1976: during the longest night of the year, the radio broadcast a live recording of these events.
In 1982, a major survey on cultural musical practices, conducted by the Ministry of Culture, showed that 5 million people (including one young person in two) play a musical instrument, but that only a minor part of them are involved in musical events. Based on these deductions, Maurice Fleuret, music critic and newly appointed Director of Music and Dance at the Ministry of Culture, headed by Jack Lang, invited the government to take into consideration the country's growing musical culture.

Taking up Cohen's concept and evoking a kind of "democratisation of sound", Fleuret imagined a major popular event that would allow the whole varied, multi-ethnic, multidisciplinary landscape to be known and highlighted. The first Fête de la Musique was held from 20.30 to 21.00 on 21 June 1982, a symbolic day that recalls the pagan rites and the ancient tradition of the Fêtes de Saint Jean.

The invitation was received loud and clear, and the half hour planned by the Ministry was far exceeded. The slogan was conceived in 1983, "Make music!" from the homophony with the name of the Festival. In short, a double incentive, both to create music and to live it, and from these "simple" instructions, important results are produced.
Thanks to the organisation of numerous free concerts, a wider public can finally access all kinds of musical genres (classical music, jazz, rock, world music, rap, traditional music...). In addition, new talents are emerging as well as new "popular" genres that can break out of the usual "ghetto", such as rap, hip hop, African and Caribbean minority music, or traditional regional music renewed in a game of influences and experimentation.

Since its launch, its success has never been denied. In France alone, the Fête de la Musique allows the organisation each year of more than 18,000 concerts throughout the country for about 5 million musicians, bringing together nearly 10 million spectators. The first developments in various European countries took place in 1985 on the occasion of the European Year of Music and it became a real social phenomenon. The event took on an international air in 1995, the year in which a true European Charter for the Fête de la Musique was established, in order to demonstrate, through common principles, the desire to promote a better knowledge of the artistic realities of the member countries and to strengthen multilateral exchanges between musicians in Europe.

Berlin, Budapest, Barcelona, Istanbul, Liverpool, Luxembourg, Rome, Naples, Prague, the French Community of Belgium and Santa Maria da Feria signed the charter of founding principles, including respect for the free nature of the festival and the date: the European Music Festival takes place in each country on 21 June.