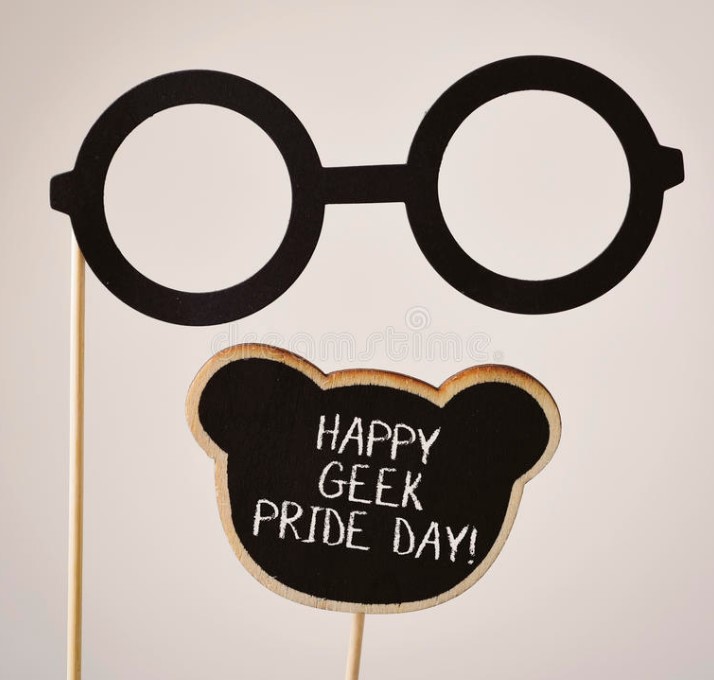 Geek Pride Day is an annual humorous event organised every 25th of May since 2006, claiming the right to be a geek. This holiday was first celebrated in Spain (Día del Orgullo Friki) but it has gained recognition through the Internet and is now celebrated by geeks in several countries.

The date of 25 May was chosen in reference to various emblematic events in geek culture that took place on that day: the first screening of Star Wars in 1977, Towel Day in homage to Douglas Adams, and Terry Pratchett's "Glorious 25 May".

What is the meaning of the word geek?

The meaning of the word geek has been used to describe people who have a somewhat eccentric behaviour and are therefore labelled as weird and quirky.

In the past, this term was used to describe people with a physical defect, but in recent years it is more commonly used to describe individuals with unusual behaviour, particular tastes and unusual hobbies.

The origin of Geek Pride Day is due to the Spanish blogger Germán Martínez, who is nicknamed Señor Buebo. It all began in 2006 when this character made a series of events and celebrations throughout Spain and that they gave to know all the people of the geek community.

From that date, this day is celebrated in different countries, which brings together thousands of people who identify with this movement and is already part of world culture.

Since 2008, in the United States of America, the official celebration of the day has been made official with the participation of a large number of bloggers, who took part in a big parade, which took place on Fifth Avenue in New York City.

Since 2009 and up to the present day, a series of programmes, festivals and parades have been held to celebrate this date in countries such as Canada, Hungary, Romania, Sweden and Israel.

The world of the Internet and social networks is a gateway for the entire geek community in the world. This is due to the taste and preference that these people have for comics, video games, anime and everything that is linked to the culture of the extravagant and fantastic.

Every year both the social networks and the streets of the big cities are the meeting place to celebrate Friki Pride Day. It is a custom that this community has carried out since its date was officially decreed. #GeekPrideDay