What are the symbols of Halloween? 🎃 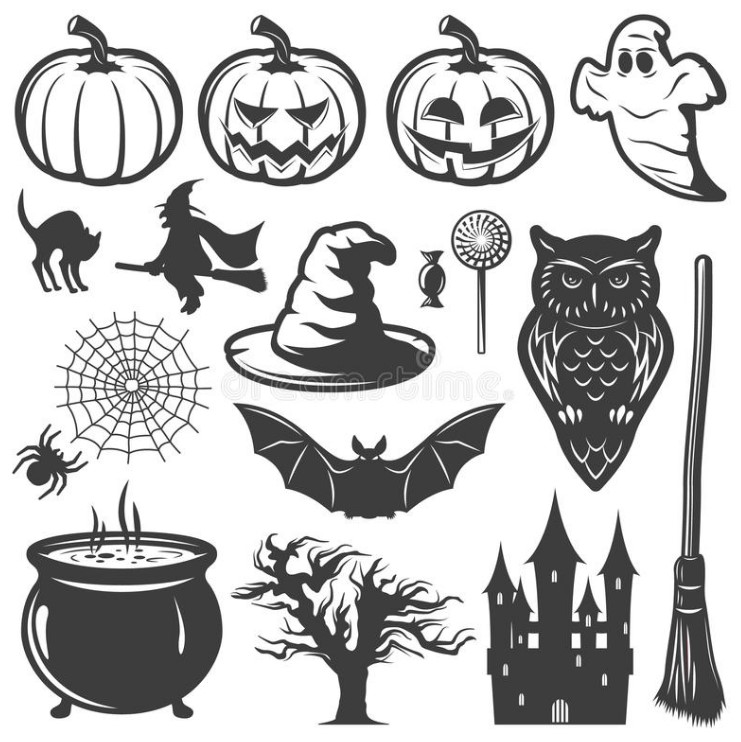 Pumpkins, witches and bats, are you sure you know all the Halloween symbols?

Are you looking for information on Halloween symbols? Here's something to feed your curiosity! Halloween symbols are numerous and start with the pumpkin: the symbol of this colourful holiday. Night animals such as the black cat, bats and owls are also very present. We don't forget the imaginary and fantastic creatures like the witch, the vampire or the ghost. But Halloween is also a party that has its own unique codes and colours. Orange, black, purple. Everything is explained in this article about the symbols of Halloween.

The pumpkin: a true symbol of Halloween

The most popular symbol of Halloween is undoubtedly the pumpkin! As October 31st approaches, it is everywhere. But the story could have been different. If you are told about turnip, you don't see what this vegetable comes here to do. And yet, the origin of Halloween, in symbolic terms, was none other than the latter. It is said that an old drunkard named Jack Stingy defied the devil several times. Satan, in order to take his revenge, refused Mr. Stingy entry to the gates of Hell when he died. He was condemned to wander between the world of the living and the world of the dead for all eternity. As a consolation, the devil offered him an ember that Jack hastily sheltered in a hollowed-out turnip. This is where the legend of Jack-O'-Lantern was born. When the Irish immigrants arrived in the United States, they replaced the turnips with pumpkins, which were much simpler to dig and carve. Thus, the pumpkin took the place of the Halloween symbol.