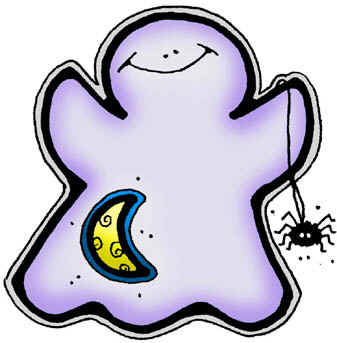 The warder looked out at the mid-hour of night,
Where the grave-hills all silently lay;
The moon-beams above gave so brilliant a light,
That the churchyard was clear as by day:
First one, then another, to open began;
Here came out a woman - there came out a man,
Each clad in a shroud long and white.

And then for amusement - perchance it was cold -
In a circle they seemed to advance;
The poor and the rich, and the young and the old,
But the grave-clothes impeded the dance:
And as no person thought about modesty there,
They flung off their garments, and stripped themselves bare,
And a shroud lay on each heap of mould.

They kicked up their heels, and they rattled their bones,
And the horrible din that they made
Went clickety-clackety - just like the tones
Of a castanet noisily played.
And the warder he laughed as he witnessed the cheer,
And he heard the Betrayer speak soft in his ear,
"Go and steal away one of their shrouds."

Swift as thought it was done - in an instant he fled
Behind the church portal to hide;
And brighter and brighter the moon-beam was shed,
As the dance they still shudderingly plied;
But at last they began to grow tired of their fun,
And they put on their shrouds, and slipped off, one by one,
Beneath, to the homes of the dead.

But tapping at every grave-hill, there staid
One skeleton, tripping behind;
Though not by his comrades the trick had been played -
Now its odour he snuffed in the wind:
He rushed to the door - but fell back with a shock;
For well for the wight of the bell and the clock,
The sign of the cross it displayed.

But the shroud he must have—not a moment he stays;
Ere a man had begun but to think,
On the Gothic-work his fingers quickly he lays,
And climbs up its chain, link by link.
Now woe to the warder - for sure he must die
To see, like a long-legged spider, draw nigh.

The skeleton's clattering form:
And pale was his visage, and thick came his breath;
The garb, alas! why did he touch?
How sick grew his soul as the garment of death
The skeleton caught in his clutch
The moon disappeared, and the skies changed to dun,
And louder than thunder the church-bell tolled one
The spectre fell tumbling to bits!