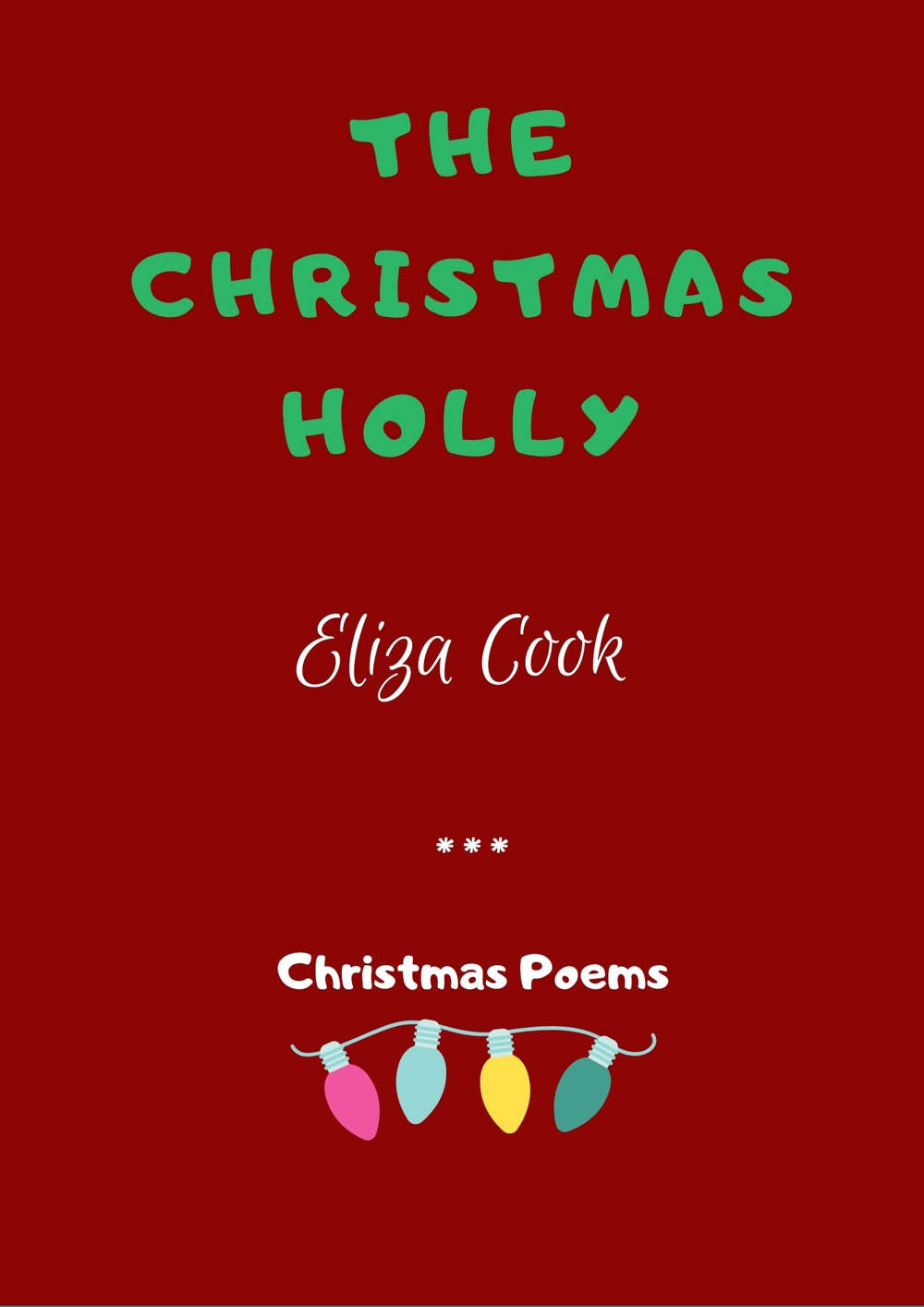 The holly! the holly! oh, twine it with bay—
Come give the holly a song;
For it helps to drive stern winter away,
With his garment so sombre and long.
It peeps through the trees with its berries of red,
And its leaves of burnish’d green,
When the flowers and fruits have long been dead,
And not even the daisy is seen,
Then sing to the holly, the Christmas holly,
That hangs over peasant and king:
While we laugh and carouse ’neath its glitt’ring boughs,
To the Christmas holly we’ll sing.

The gale may whistle, and frost may come,
To fetter the gurgling rill;
The woods may be bare, and the warblers dumb—
But the holly is beautiful still.
In the revel and light of princely halls,
The bright holly-branch is found;
And its shadow falls on the lowliest walls,
While the brimming horn goes round.
Then drink to the holly, &c.

The ivy lives long, but its home must be
Where graves and ruins are spread;
There’s beauty about the cypress tree,
But it flourishes near the dead:
The laurel the warrior’s brow may wreathe,
But it tells of tears and blood.
I sing the holly, and who can breathe
Aught of that that is not good?
Then sing to the holly, &c.