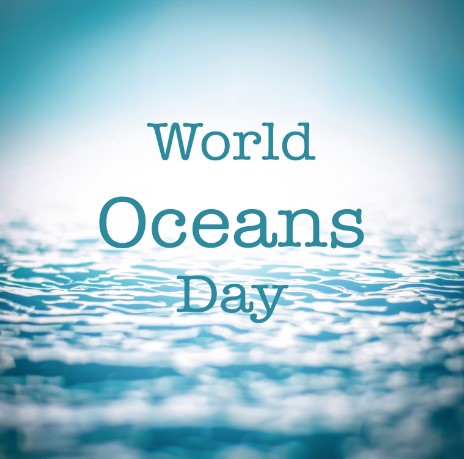 World Oceans Day is a global awareness-raising event that has been celebrated every 8 June since 2009. The day is an opportunity to highlight the role of the oceans in our daily lives and also to take action to protect the oceans and the environment.

Launched following the Rio de Janeiro Summit in 1992 and proclaimed by the UN General Assembly in 2008, World Oceans Day was created to raise awareness of the crucial role the oceans play in our livelihoods and how to protect them.

The UN theme for 2021 is: The Ocean: Life and Livelihoods

The oceans cover 71% of the Earth's surface and make up 97% of all the water on the planet.

More than 3 billion people depend on marine and coastal biodiversity for their livelihoods.

The ocean absorbs 30% of the carbon dioxide (CO2) produced by humans, which greatly reduces the impact of this greenhouse gas and thus global warming.

More than 90% of the 10 most caught fish are endangered, and almost 50% of other commercial species are threatened by intensive fishing.

Every year, 13 million tonnes of plastic are dumped into the oceans, killing 100,000 marine animals.

How to celebrate World Oceans Day?

“I really don't know why it is that all of us are so committed to the sea, except I think it's because in addition to the fact that the sea changes, and the light changes, and ships change, it's because we all came from the sea. And it is an interesting biological fact that all of us have in our veins the exact same percentage of salt in our blood that exists in the ocean, and, therefore, we have salt in our blood, in our sweat, in our tears. We are tied to the ocean. And when we go back to the sea - whether it is to sail or to watch it - we are going back from whence we came." - John F. Kennedy