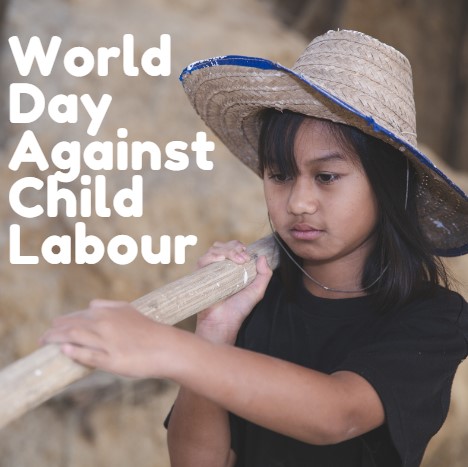 The International Labour Organization (ILO) is the originator of the World Day Against Child Labour, an initiative launched in 2002 to highlight the many abuses children suffer in the workplace. The aim of the day, which is celebrated on 12 June each year, is to help build and sustain the global movement against child labour. According to Save the Children International (CCI), there are 152 million children working worldwide, half of whom are engaged in hazardous work. In many cases, these children are forced to work because their survival and that of their families depends on it. Although child labour has declined since the early 2000s, it is still pervasive in the world and is detrimental to the mental, physical and emotional development of working children.

What is child labour?

Not all work that children do is necessarily work. For example, helping parents at home, in the family business or on the family farm under certain conditions, earning a little pocket money outside school hours or during school holidays is not considered "child labour". However, the concept extends to all activities that deprive children of their childhood, their potential and their dignity, and that are detrimental to their schooling, their health and their physical and mental development.

The following are examples of high-risk situations and tasks that should never be performed by children and yet are routinely assigned to them:

The bulk of child labour: agriculture

A breath of hope

The ILO wants to eliminate all forms of child labour, with a focus on hazardous work for children. Strategies to achieve this focus on poverty reduction, as parents who have a real choice prefer their children not to work in order to support themselves and live their childhood to the fullest. Therefore, the ILO promotes decent work opportunities for parents and tries to improve school facilities to promote access to education. In addition, the ILO fights for the enforcement of laws already in place to protect children from labour and exploitation, but these are sometimes ignored or not enforced.

The Convention on the Rights of the Child

The United Nations Convention on the Rights of the Child (1989) is an international treaty that commits countries to protect the rights of all children. It states, among other things, that every child has the right to education, to play and to effective protection from exploitation and labour.

Find out where the clothes and products you buy come from and the conditions under which they were produced. To do this, don't hesitate to call companies directly and ask them about their child labour practices in their factories. Then, refrain from buying products that have been produced by child labour all over the world.

Participate in actions led by associations and NGOs working against child labour. #endchildlabour2021