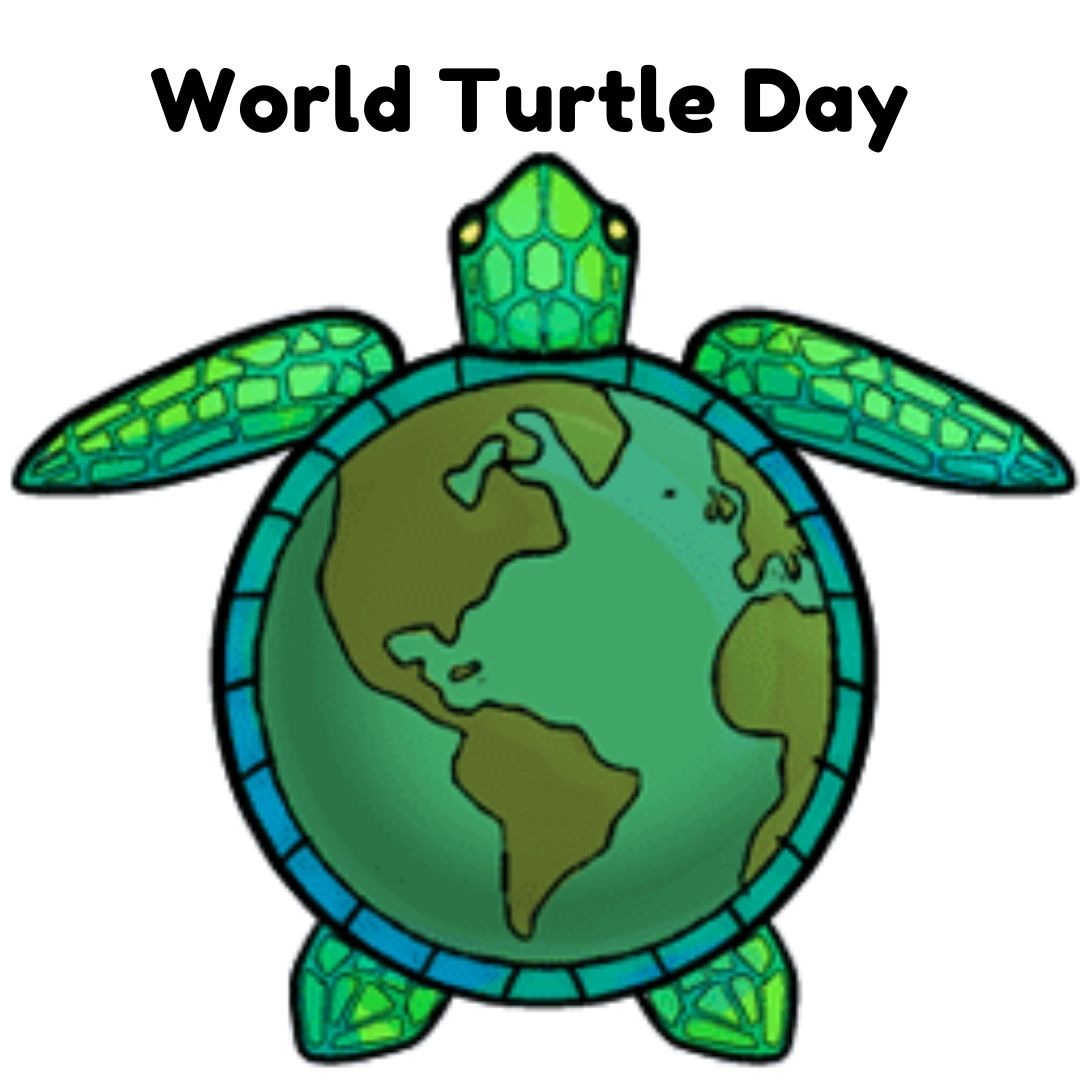 Organised every 23 May, World Turtle Day aims to promote public awareness of and respect for chelonians and to encourage initiatives to protect these animals from pollution, habitat destruction, etc.

Classified as critically endangered by the International Union for Conservation of Nature, this species, one of the rarest in the world, is extremely threatened because of hunting for its meat and eggs. It survives in the wild in two Indian states (West Bengal and Odisha), Bangladesh and Burma. Its presence in Thailand is not known. On 1 April 2014, five females laid a total of 101 eggs, 89 of which were eventually incubated. All nests have been moved to a protected area with a cage and temperatures are carefully monitored to get more females.

According to Deanna H. Olson of the US Forest Service and A. Ross Kiester of the Turtle Conservancy, 50% of them are threatened with extinction. The causes are diverse, but the two main ones are linked to man: the destruction of their habitats and excessive predation (it is a noble dish, the turtle is also used in traditional medicine, the shell and scales of the turtle can also be used as materials for crafts or art, particularly for making jewellery).

But climate change is also having a terrible effect on the development of certain populations. Indeed, it is the temperature of the nest that determines the sex of the turtles. This means that a permanent climate change, hot or cold, could lead to the disappearance of males or females from nesting areas!

Greenpeace is actively working on turtle protection solutions and is campaigning for a global network of large-scale marine reserves - areas that are closed to all types of extraction, such as fishing and mining - covering 40% of the oceans, which is needed to protect marine species and their habitats and which could be the key to reversing the decline in global fisheries. This network could include small coastal reserves that could protect turtle colonies and larger reserves in ocean areas where sea turtles are more at risk.

Turtles are an order of reptiles. There is a wide variety of turtle species with different characteristics. In fact, to date, there are 310 species of turtles traditionally divided into three groups: land turtles, aquatic turtles and sea turtles.

The characteristic of turtles is that they have a shell. They inherit this trait from chelonians. Turtles can survive severe damage thanks to their shells: deep cracks or bone loss can heal.

They lay eggs and bury them. These eggs, unlike those of other reptiles such as crocodilians or lizards, do not need to be incubated. With their hatching, the young ones are alone and are autonomous.

Did you know that?

The life expectancy of the tortoises varies according to the species. On average, terrestrial turtles live about fifty years. The majority of the tortoises exceeding the age of hundred years are giant tortoises of Seychelles or Galapagos.

During winter, some land turtles hibernate to survive the cold. For that, they bury themselves under ground and withdraw in their carapace. Their metabolism is slowed down during this adaptation phase in order to consume less energy. The entry in hibernation is progressive, the tortoise feeding less and less, until stopping completely to empty its digestive tract.