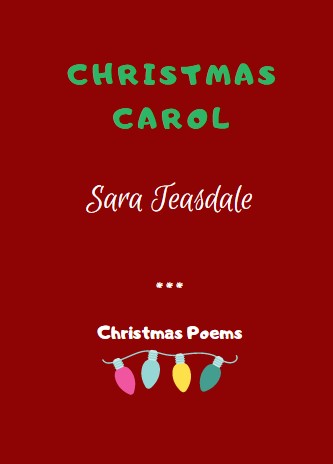 The kings they came from out the south,
All dressed in ermine fine;
They bore Him gold and chrysoprase,
And gifts of precious wine.

The shepherds came from out the north,
Their coats were brown and old;
They brought Him little new-born lambs—
They had not any gold.

The wise men came from out the east,
And they were wrapped in white;
The star that led them all the way
Did glorify the night.

The angels came from heaven high,
And they were clad with wings;
And lo, they brought a joyful song
The host of heaven sings.

The kings they knocked upon the door,
The wise men entered in,
The shepherds followed after them
To hear the song begin.

The angels sang through all the night
Until the rising sun,
But little Jesus fell asleep
Before the song was done.