The Man With The Twisted Lip - Arthur Conan Doyle 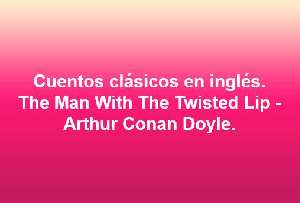 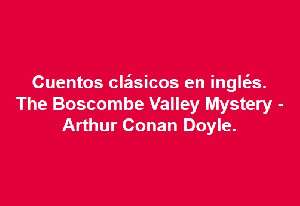 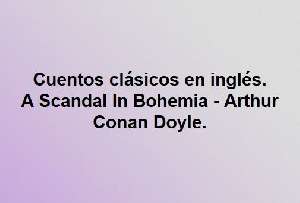 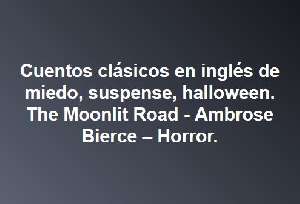 I am the most unfortunate of men. Rich, respected, fairly well educated and of sound health -- with many other advantages usually valued by those having them and coveted by those who have them not -- I sometimes think that I should be less unhappy if they had been denied me, for then the contrast between my outer and my inner life would not be continually demanding a painful attention. In the stress of privation and the need of effort I might sometimes forget the sombre secret ever baffling the conjecture that it compels. 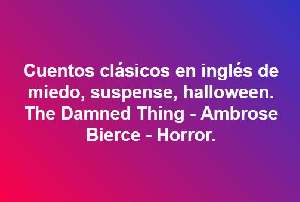 I: One Does Not Always Eat What is on the Table

By the light of a tallow candle which had been placed on one end of a rough table a man was reading something written in a book. It was an old account book, greatly worn; and the writing was not, apparently, very legible, for the man sometimes held the page close to the flame of the candle to get a stronger light on it. The shadow of the book would then throw into obscurity a half of the room, darkening a number of faces and figures; for besides the reader, eight other men were present. Seven of them sat against the rough log walls, silent, motionless, and the room being small, not very far from the table. By extending an arm anyone of them could have touched the eighth man, who lay on the table, face upward, partly covered by a sheet, his arms at his sides. He was dead. 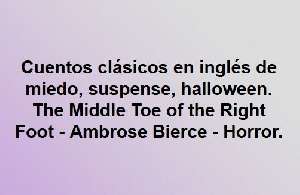 It is well known that the old Manton house is haunted. In all the rural district near about, and even in the town of Marshall, a mile away, not one person of unbiased mind entertains a doubt of it; incredulity is confined to those opinionated persons who will be called 'cranks' as soon as the useful word shall have penetrated the intellectual demesne of the Marshall Advance. The evidence that the house is haunted is of two kinds: the testimony of disinterested witnesses who have had ocular proof, and that of the house itself. The former may be disregarded and ruled out on any of the various grounds of objection which may be urged against it by the ingenious; but facts within the observation of all are material and controlling. 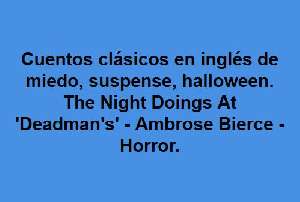 It was a singularly sharp night, and clear as the heart of a diamond. Clear nights have a trick of being keen. In darkness you may be cold and not know it; when you see, you suffer. This night was bright enough to bite like a serpent. The moon was moving mysteriously along behind the giant pines crowning the South Mountain, striking a cold sparkle from the crusted snow, and bringing out against the black west and ghostly outlines of the Coast Range, beyond which lay the invisible Pacific. The snow had piled itself, in the open spaces along the bottom of the gulch, into long ridges that seemed to heave, and into hills that appeared to toss and scatter spray. The spray was sunlight, twice reflected: dashed once from the moon, once from the snow. 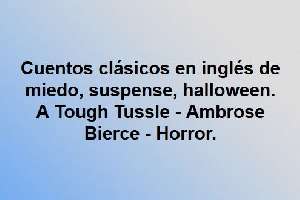 One night in the autumn of 1861 a man sat alone in the heart of a forest in western Virginia. The region was one of the wildest on the continent -- the Cheat Mountain country. There was no lack of people close at hand, however; within a mile of where the man sat was the now silent camp of a whole Federal brigade. Somewhere about -- it might be still nearer -- was a force of the enemy, the numbers unknown. It was this uncertainty as to its numbers and position that accounted for the man's presence in that lonely spot; he was a young officer of a Federal infantry regiment and his business there was to guard his sleeping comrades in the camp against a surprise. He was in command of a detachment of men constituting a picket-guard. These men he had stationed just at nightfall in an irregular line, determined by the nature of the ground, several hundred yards in front of where he now sat. The line ran through the forest, among the rocks and laurel thickets, the men fifteen or twenty paces apart, all in concealment and under injunction of strict silence and unremitting vigilance. In four hours, if nothing occurred, they would be relieved by a fresh detachment from the reserve now resting in care of its captain some distance away to the left and rear. Before stationing his men the young officer of whom we are writing had pointed out to his two sergeants the spot at which he would be found if it should be necessary to consult him, or if his presence at the front line should be required. 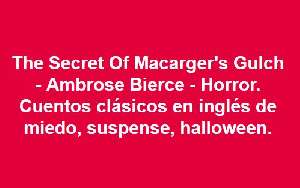 Northwestwardly from Indian Hill, about nine miles as the crow flies, is Macarger's Gulch. It is not much of a gulch -- a mere depression between two wooded ridges of inconsiderable height. From its mouth up to its head -- for gulches, like rivers, have an anatomy of their own -- the distance does not exceed two miles, and the width at bottom is at only one place more than a dozen yards; for most of the distance on either side of the little brook which drains it in winter, and goes dry in the early spring, there is no level ground at all; the steep slopes of the hills, covered with an almost inpenetrable growth of manzanita and chemisal, are parted by nothing but the width of the watercourse. No one but an occasional enterprising hunter of the vicinity ever goes into Macarger's Gulch, and five miles away it is unknown, even by name. Within that distance in any direction are far more conspicuous topographical features without names, and one might try in vain to ascertain by local inquiry the origin of the name of this one. 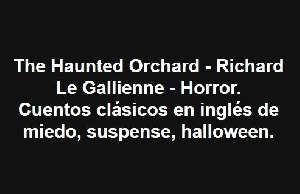 Spring was once more in the world. As she sang to herself in the faraway woodlands her voice reached even the ears of the city, weary with the long winter. Daffodils flowered at the entrances to the Subway, furniture removing vans blocked the side streets, children clustered like blossoms on the doorsteps, the open cars were running, and the cry of the "cash clo'" man was once more heard in the land.

Yes, it was the spring, and the city dreamed wistfully of lilacs and the dewy piping of birds in gnarled old apple-trees, of dogwood lighting up with sudden silver the thickening woods, of water-plants unfolding their glossy scrolls in pools of morning freshness.