The Hare and The Tortoise - Humor and Jokes in English 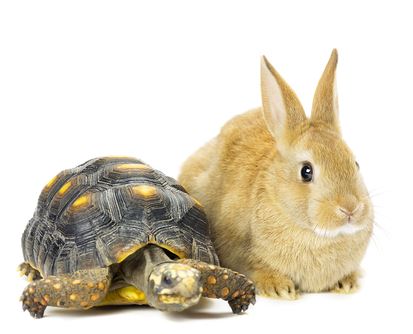 The Hare and The Tortoise - Ambrose Bierce

A Hare having ridiculed the slow movements of a Tortoise, was challenged by the latter to run a race, a Fox to go to the goal and be the judge. They got off well together, the hare at the top of her speed, the Tortoise, who had no other intention than making his antagonist exert herself, going very leisurely. After sauntering along for some time he discovered the Hare by the wayside, apparently asleep, and seeing a chance to win pushed on as fast as he could, arriving at the goal hours afterward, suffering from extreme fatigue and claiming the victory.

"Not so," said the Fox; "the Hare was here long ago, and went back to cheer you on your way."