Thanksgiving in an American family, in the United States 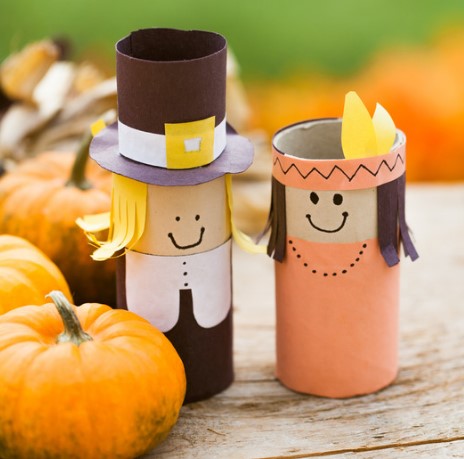 Thanksgiving is a holiday celebrated in some countries around the world, mainly in North America: Canada, the United States, but also in Liberia. It takes place on different dates in different countries. The most important celebration is the American version, as it is celebrated and expected by the whole population.

Thanksgiving dates back to the autumn of 1621, when it was decided to celebrate the first harvest in Plymouth. These harvests would ensure the future of the colony.

English dissenters had disembarked from the Mayflower the previous winter. These Pilgrim Fathers founded the colony of Plymouth, Massachusetts. The first winter was terrible. Scurvy, cold and hunger killed half of them.

In the spring, Indians from the Wampanoag tribe offered them food. They taught them how to fend for themselves and the art of fishing and hunting. They showed them how to grow and harvest corn. They showed them the virtues of certain plants and those to avoid. The pumpkin also played an important role during the winter.

Thus, during the first harvest in 1621, three days were dedicated to Thanksgiving. The Indians were invited to come and share a meal in gratitude for their help. Wild turkeys, unknown to the settlers at the time, were offered and eaten, as well as game.

For some, the origin to be considered dates back to 1623. In that year, a day of prayer and fasting was declared because of the drought. A few days later, rain fell and saved the crops. A day of thanksgiving was declared at the end of November.

Turkey, queen of the day

Thanksgiving is one of the most important holidays of the year. Great parades take place on this day, especially in New York: the Macy's department stores', for example, organises a large 3-hour parade with customised floats and artists. On this day, all American families gather for a big traditional family meal at home. This big meal is also offered to American soldiers based abroad.

The turkey is the queen of the feast, and the main dish. It is stuffed with chestnuts, apples, oysters or sausages, for example. It is usually accompanied by mashed potatoes and sweet potatoes or a squash gratin. Green beans and corn are also on the menu. A cranberry sauce is added to the mix. The famous pumpkin pie closes the meal.

Since 1989, a more folkloric tradition has emerged: the President of the United States must pardon a turkey in front of journalists on the eve of Thanksgiving.

This time of year is a time for giving and charity. Many meals are served to the homeless by both anonymous people and celebrities. Associations distribute millions of frozen turkeys to disadvantaged families.

Many masses and prayers punctuate this day. They are said to give thanks for the blessings received throughout the year.

The day after Thanksgiving is also a special day. This Friday, known as "The Black Friday", is the occasion of major sales in practically all shops. It marks the start of the Christmas shopping season.

This period is ideal for a language stay in an English-speaking country. It allows you to immerse yourself in the daily life of an American family, and to better understand the culture by participating in the most important holiday of the year.

It is also an opportunity to taste the specific cuisine of Thanksgiving.

Americans travel the most at this time, by plane or by car. Indeed, they come from all over the United States or elsewhere to be with their families. Friends are also welcome around the table. It is very important for them to be together on this day.

Many Americans eat turkey on this day. Thanksgiving is therefore also called "The Turkey Day".

Different regions have different side dishes. In the north-east of the country, maple syrup is used to coat the turkey. In Baltimore, sauerkraut is a must, in memory of its German origins. Cornbread with oysters comes from the south-east of the USA.